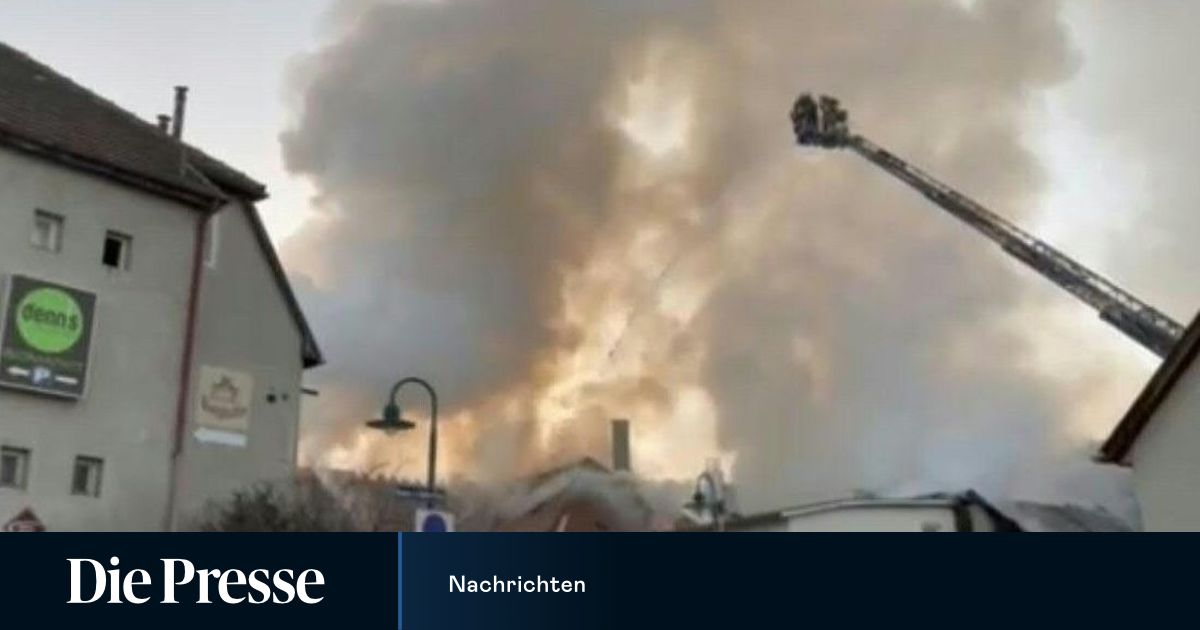 A fire broke out in the evening at a hotel and the police station in the center of Perchtoldsdorf. Three fire departments were in action.

A fire in the center of Perchtoldsdorf (Mödling district) also affected the police station in the center of the market town on Monday. Three fire brigades with 90 men were on duty, said Franz Resperger from the Lower Austria regional command. He assumed it would take hours to work.

The fire is likely to have started in a currently closed hotel, said Resperger. The flames seized the roof structure and spilled over to those of the police station. Both roofs were in full fire. The fire brigades proceeded with massive external and internal attacks.

According to the spokesman, the police station tried “to save what can be saved”. The damage from the fire is likely to be enormous, said Resperger. A column of smoke was visible from afar, witnesses told the APA.

Police spokesman Heinz Holub confirmed in the evening that the office was badly damaged. But the inspection was “possibly available again,” he added. Weapons and ammunition were brought to safety in good time before the fire broke out, as were files. Officials discovered the fire in the adjacent property around 4.30 p.m.

According to Holub, the investigations to clarify the cause of the fire are being carried out by the state and federal criminal police. Meanwhile, on Monday evening, the community was looking for an alternative location for the local police.