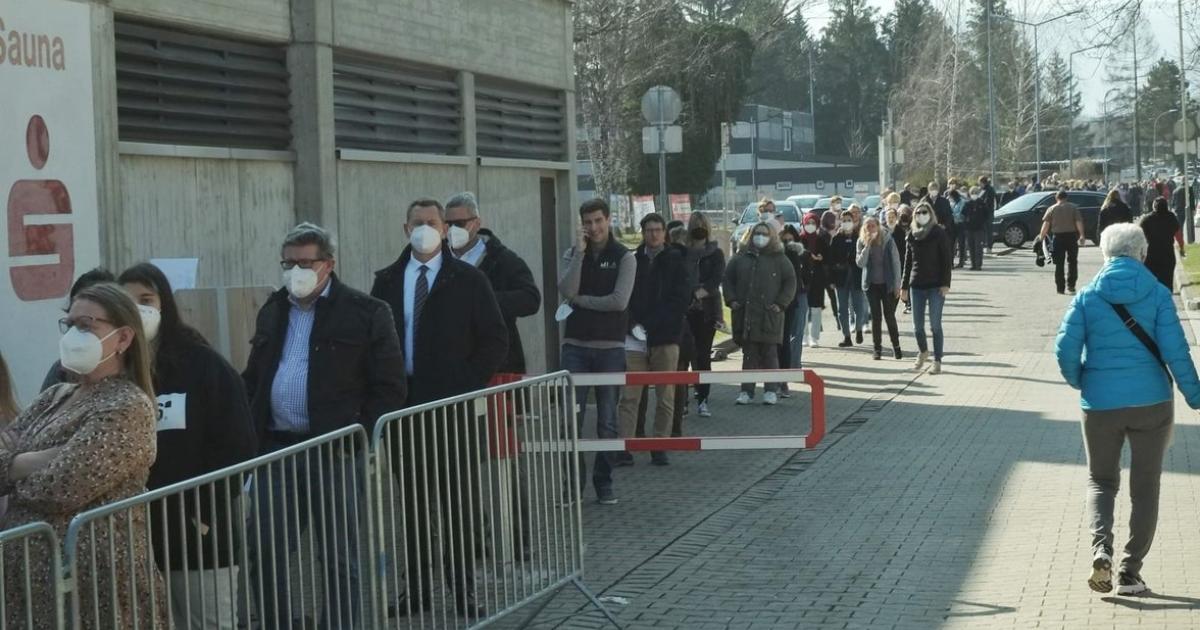 Anyone who leaves the district must be able to show a negative corona test that is not older than 48 hours. At the start on Thursday, the police already “checked spot checks at the district exits,” explains police spokesman Raimund Schwaigerlehner. No corona test is required when driving between the city and the Wiener Neustadt-Land district. This risk area has been summarized.

After the test capacities in Wiener Neustadt have been increased to up to 15,000 per day, the surrounding area is also invited to use the offer, according to the town hall. This service is already accepted. Instead of the around 10,000 daily tests so far, there were already 13,200 nasal swabs on Wednesday.

Meanwhile, the demand from Wiener Neustadt’s mayor Klaus Schneeberger (ÖVP), for a rapid vaccination of the population in the high-risk area, also receives support from the SPÖ. Rupert Dworak, the President of the Lower Austrian Association of Community Representatives, also advocates an early vaccination campaign. The Ministry of Health has blocked so far. In Ternitz (Neunkirchen district), where Dworak is the city chief, 1,000 people per day could be immunized in the specially set up vaccination street. “In cooperation with other municipalities”, vaccination of the population of the district is “possible within a month”.