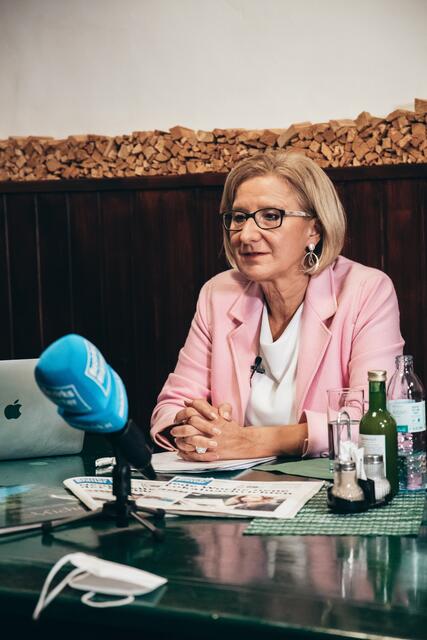 In the east of Austria there are new tightening of the corona. This is the result of the summit of Governors Michael Ludwig (Vienna), Hans Peter Doskozil (Burgenland) and Johanna Mikl-Leitner (Lower Austria) with Minister of Health Rudi Anschober. A full-day curfew will apply again from April 1st to April 6th.

AUSTRIA. The increasing load on the intensive care units is now leading to stricter measures in Vienna, Lower Austria and Burgenland. From Maundy Thursday (April 1st) to Easter Tuesday, there is a strict and all-day curfew (as in hard lockdown) around the clock – with the usual exceptions (assistance, basic needs, supply of basic goods, health services, professional purposes, etc.).

“It is right and important to do what is necessary,” says Governor Johanna Mikl-Leitner, explaining the sometimes drastic cuts. “I have always said that tunnel vision alone on the number of infections is not enough and that it is important to get an overall picture.” That is why they deliberately spoke out against a two-week lockdown. Now it should set up a kind of mini-lockdown from April 1st to April 6th. This is flanked by other measures.

In the week after Easter, there will be distance learning again in schools. Gradually, students should then return using PCR tests.

The body-oriented service providers have to close again and retailers have to close their shops between April 1st and April 6th. From April 7th, the access tests for retail are to come. Grocery stores for everyday purchases, pharmacies and tobacconists will remain open.

An FFP2 mask is mandatory for people gathering outdoors and in all closed rooms where more than one person is present. The aim is to get the infection process in offices and workplaces under control, where social rooms are currently a problem. In addition, operational tests once a week or home office are planned.

In addition, the test validity is to be greatly shortened for commuters. In the future, commuter tests are planned twice a week. Here, particular attention should be paid to those countries that have a higher 7-day incidence than Austria. The controls on the eastern border (Slovakia, Hungary) are being intensified.

Criticism from a surprising direction came from the state party chairman of the SPÖ Lower Austria, LHStv. Franz Schnabl. It doesn’t take pandemic experts to know that the steps “bring workers and entrepreneurs closer to the economic abyss”. The state vice also missed uniform regulations “in a small country like Austria”. Acted too late and too hesitantly.

“Whether the newly tightened rules will curb the infection is to be questioned critically. Because after a year of unlocking and locking the challenges have not gotten smaller, they have grown. In addition to the concern about the intensive occupancy, many companies are only a lockdown away from bankruptcy and the private sector is increasingly becoming the driver of the pandemic due to the tiredness of measures. It is all the more regrettable that the governor was unable to assert herself and that people are denied a piece of freedom under controllable conditions. “

After the press conference, Rainer Trefelik, chairman of the federal retail division, was seriously disappointed by the planned entry tests in non-essential retail and the closing days at Easter. “This is another blow in the neck, we have been closed for 111 days. Every additional day hurts,” said Trefelik to the APA. He is now calling for an entry test for the entire trade, including the food sector.

“Now is no time for openings”

Like 19 European countries, Austria was also affected by the third wave. It is a linear, but strongly and constantly increasing development. The numbers in the intensive care units are of particular concern. There will be a sharp increase there in the next 2 weeks. “To avoid triage, we need a package,” said Anschober, explaining the measures. “I’m glad we canceled opening steps”. The three goals are to reduce contacts, to massively expand testing and to expand the FFP2 mask requirement.

“If we do not see results in a timely manner, we will have to go beyond this package,” says the Mayor of Vienna Michael Ludwig. The British mutation had serious effects, six weeks ago there were still good numbers in Vienna, now everything has suddenly changed.

The situation in schools has also changed. “Until now we believed that schools are less affected. We now see it differently. Not everyone should go back to school immediately, the risk of infection there is very high,” says Ludwig. The “Wien-Gurgelt” campaign is to be rolled out beyond the city limits if possible. The idea of ​​the pub opening would be out of the question for the next six to eight weeks. Now you have to “vaccinate the people”.

Doskozil: “Must give the population a perspective”

Johanna Mikl-Leitner defended the measures taken as “correct and important”. Experts reported on Tuesday at the Eastern Summit about the tense situation in the hospitals. The test for commuters will only be valid for 72 hours in the future, so it will have to be tested twice a week. She has always been against closing the trade, but there are also different expert opinions, she admits.

Hans Peter Doskozil recalled that the measures will not work if politics cannot credibly convey the meaningfulness of the rules to the population. But the population has to participate in order to create the trend reversal, which is why concrete goals and perspectives are needed. He demanded from the federal government a certain incidence number above which there are openings.