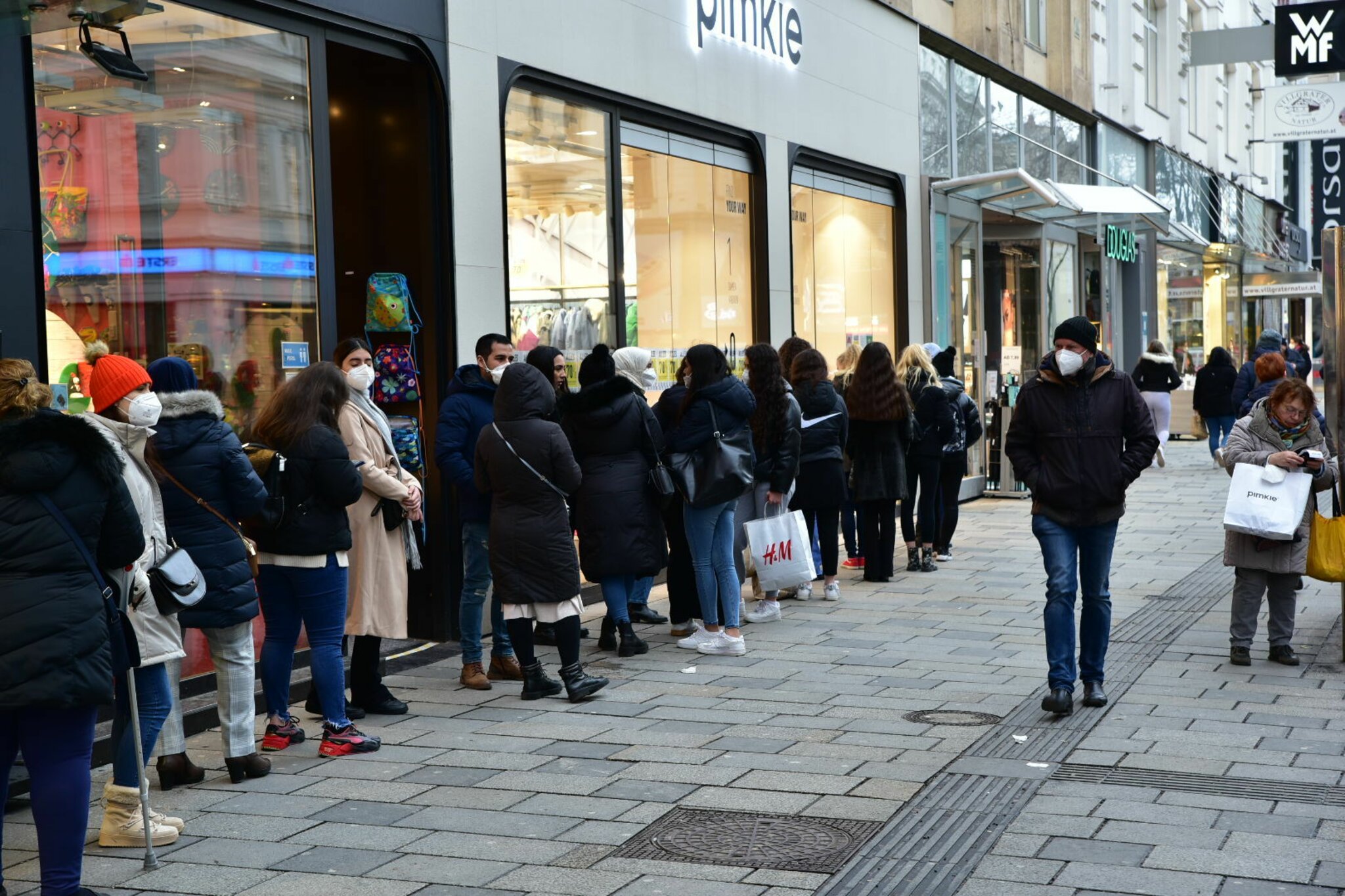 The FFP2 mask requirement can now also be ordered by local authorities for certain outdoor areas. A spokesman for Health Minister Rudolf Anschober (Greens) confirmed this on Thursday.

AUSTRIA. There is a corresponding decree that has previously made it possible to prescribe mouth and nose protection outdoors. This was adapted accordingly in February. A general obligation to wear an FFP2 mask outdoors, for example, already exists in outdoor markets. Health Minister Rudi Anschober (The Greens) said on the sidelines of a press conference.

In case of need

The decree was adapted in order to also order the wearing of FFP2 masks for other heavily frequented places outdoors, for example in queues in front of shopping centers. The local authorities, specifically the provincial governors or the district administrative authorities, are responsible “if they deem it necessary. In other words, where there is a high frequency, where the minimum distance cannot always be maintained for various reasons, ”says Anschober.

Rendi-Wagner on shopping streets for it

SPÖ party leader Pamela Rendi-Wagner can imagine a mask requirement in the open air. As an example, she cited shopping streets on shopping weekends. Criticism comes from the FPÖ: The Styrian FPÖ club chairman Mario Kunasek complained that in a letter from the ministry, the federal states “are requested to make an FFP2 mask requirement in the open”.

Are you in favor of an outdoor FFP2 mask requirement?

Anchober spoke on Thursday of a “risk phase until Easter”: The reason for this is the increasing number of new infections. “The transformation from the parent virus to the two mutations that are significantly more contagious is an issue that is adding to the pressure. On the other hand, we control with the FFP2 masks, the minimum distance and very much with the tests. “And further:” The next few weeks will certainly be an absolutely difficult phase, a risk phase until Easter, until we have significantly expanded the vaccinations. ”

Sports Minister Werner Kogler (Greens) and Anschober will meet with representatives of organized sports next week. Sport Austria and the sports umbrella organizations call for the gradual and responsible opening of amateur and recreational sports. The government has not yet considered your proposals and concepts.

Should sports clubs for children reopen?

Vienna back on red, Upper Austria stays on orange