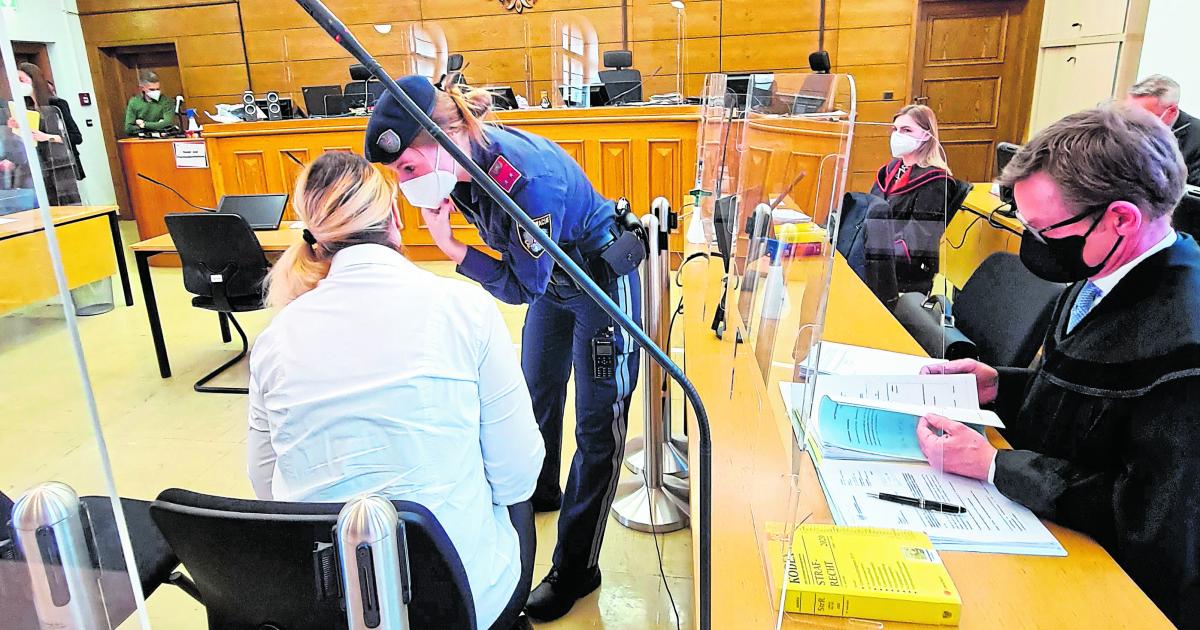 A 47-year-old Carinthian woman was found guilty of attempted murder by a jury at the Klagenfurt regional court on Monday. The jury ruled five to three votes on attempted murder. She was sentenced to ten years in prison for this. The woman was charged with poisoning her 14-year-old son and herself with carbon monoxide. Both barely survived. Defense attorney Philipp Tschernitz asked for time to think about it, the judgment is not final.

According to the indictment, the teacher had put a makeshift charcoal grill into operation in the children’s room in her house in the summer of 2020. The woman and her 14-year-old son suffered severe smoke inhalation and only barely survived. Prosecutor Tanja Wohlgemuth described this as attempted murder, she also pointed out that the defendant had made hundreds of Internet searches on the subject of suicide. The Carinthian sister had sounded the alarm in August of last year, she had feared that the defendant would have wanted to harm herself. When the rescue workers arrived, the woman and child were unconscious and they were flown to the hospital in Graz. The boy was in acute danger of death, said the medical expert.

The 47-year-old emphasized to the judge Sabine Roßmann, who presided over the jury senate, that she had no motive, her only mistake was to have brought the burning coal into the house. But she was not aware of any danger. She wanted to grill with her son. The fact that she lit the makeshift grill around 7 a.m. is nothing unusual from her point of view. She carried the grill into her son’s room to check when the coals were at the right temperature to put the meat on. She then lay down on the bed with her son (14) and talked to him about the daily routine and vacation plans until she eventually passed out.

She did not have any concerns that it could get too warm in the room. But then she would not have wanted to put the meat in the room, but on the balcony. Why didn’t she at least open the window? Asked the judge? “The window is mostly closed, I didn’t open it.” She doesn’t know why the door to the room was locked, she didn’t lock it. She did not notice that the smoke detector had been removed.

The psychiatric expert Peter Hofmann said that there was a tendency to depression in the defendant and noted a slight form of bipolar disorder. But he does not see a serious mental illness. He could also rule out alcoholism and addictions. She always hid her problems behind a facade, said Hofmann.

She described her relationship with her son to him as “perfect”. She had been cheerful and friendly to him during his visit to the prison. The expert said she hadn’t told him about the son’s desperation because of his father’s rejection, which she had reported on at the trial. On the other hand, she reported to him in detail about the process of the planned “barbecue”. However, she did not ask him any questions about possible damage to her son’s health.