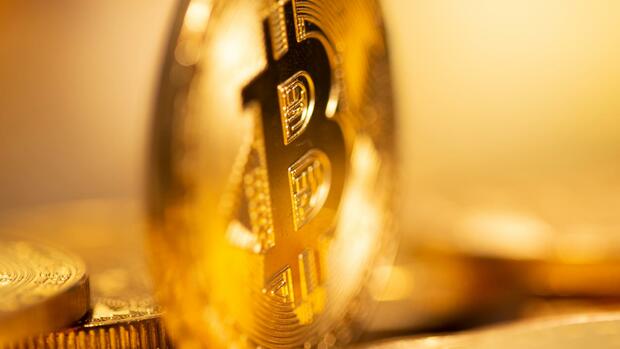 Frankfurt Bitcoin has passed the next important hurdle: On Tuesday, the price of the cryptocurrency jumped over $ 50,000 according to data from the analysis company Coinmarketcap, before it crumbled again shortly afterwards. The high was $ 50,341.

Many experts believe that the steep climb does not stop there. As early as January, the major US bank JP Morgan believed that the price of electronic coins would rise to over 140,000 dollars.

And analyst Sören Hettler from DZ Bank says: “The overall dynamics of the Bitcoin price are clearly pointing upwards at the moment – despite the smaller setbacks.” drives. Tesla owner Elon Musk had also announced an investment of $ 1.5 billion in Bitcoin.

For comparison: Twelve months ago, the Bitcoin price was below $ 10,000 and slipped towards $ 5,000 before it experienced its unprecedented rise.

Top jobs of the day

Find the best jobs now and
be notified by email.

The entire system started at the beginning of 2009 with 50 Bitcoin, the first exchange rate was seven dollar cents. After the rapid rally in recent weeks, the mother of all cryptocurrencies is now worth around 920 billion dollars if you add up all the existing “coins”. Far behind in second place are Ethereum with a good 200 billion and then Tether with over 30 billion dollars.

Everything now depends on how acceptance of Bitcoin develops – whether Tesla, Mastercard, Paypal and other pioneers will be followed by many other companies that accept it as a means of payment. And whether large asset managers and wealthy private individuals want to use it as an alternative investment, including an alternative to gold. The more institutional customers and investors get in, the faster the cryptocurrency could grow up. In the past year, the rising interest of professionals in particular drove the price up.

Hardly any other phenomenon on the financial markets is as controversial and at the same time as fascinating as Bitcoin. Depending on who you believe, it is the great alternative to the conventional financial system, a currency or even just an electronic asset, the new gold or the prelude to an Internet of Values ​​that automates payment processes on a large scale.

Critics, on the other hand, complain that Bitcoins only allow around seven payments per second, which is a fraction of the capacity of conventional systems. Above all, they see electronic coins as a means of dangerous speculation. In an interview with the Handelsblatt, the US economist Adam Posen therefore called for him to be kept out of the financial system by all means.

Commerzbank has justified in a study why it does not even want to make a forecast about Bitcoin. There it says: “Bitcoin is unsuitable as money in the classic sense due to the lack of a store of value function. And there are considerable doubts about the medium to long-term suitability of Bitcoin as a widely accepted means of transaction. “

The high energy consumption is also a constant source of impetus: the computers that organize the Bitcoin transactions currently consume around 120 terawatt hours of electricity per year, estimates the Center for Alternative Finance at Cambridge University. That corresponds to about a quarter of the electricity consumption in Germany.

The Bitcoin miners who organize the system each have to cope with difficult computing tasks in competition that consume high computing capacities and thus a lot of energy. Whoever solves the task first, updates the blockchain, the accounting, and is financially rewarded. This artificially created effort is a barrier and is intended to prevent individual miners from bringing the system under their control.

Renewable energy is increasingly being used for mining. But this could of course also be used in other ways, for example for the production of urgently needed “green” hydrogen. The reputation of Bitcoin is also detrimental to the fact that it has recently been used by blackmailers instead of cash or that criminals put it into circulation on platforms in the anonymous part of the Internet, the so-called Darknet.

The system was founded in 2008 with a “white paper” by Satoshi Nakamoto, who to this day nobody knows who he is, not even whether he is Japanese, a man or a woman. An Australian businessman once claimed he was Nakamoto but never convinced anyone. However, the fact that the founder is not tangible contributes to the fact that bitcoins have become a real cult.

At times, the technical structure was the real highlight. After Bitcoin had already experienced a dramatic rise at the end of 2017 and then a deep crash, the motto was often: Bitcoin is basically irrelevant, the blockchain on which it is based is interesting. All over the world, start-ups, but also established banks, experimented with this technology, which is also known under the acronym DLT (Distributed Ledger), which means something like “distributed accounting”.

The basic idea is not to store information centrally; instead, each participant receives identical copies that are automatically compared over and over again. Blockchain was suddenly considered to be the measure of all things, share prices exploded when companies integrated “blockchain” into their names.

With the invention of Ethereum, a further leap into the future appeared to be made: This system made it possible to automate payment processes, and even to found autonomous organizations in which their own founders only work as employees.

This hype has now evaporated. The blockchain, it turned out, works. She is safe too. But simply because all data has to be copied and distributed multiple times, it is slow and inflexible. So far it has remained with a few special applications.

For this, the Bitcoin itself suddenly experienced a new appreciation. And gives the impetus to central banks increasingly thinking about their own crypto money or, as in China, already experimenting with it. You don’t want to be fooled into your craft.

As supervisors, the central banks have long been alarmed: For example, ECB boss Christine Lagarde is calling for bitcoin to be regulated worldwide. And the new US Treasury Secretary Janet Yellen recently emphasized that, from her point of view, legislative amendments are needed to prevent misuse of the cryptocurrency. The debate on how to do this is well underway.

The clock is ticking. Because although Bitcoin was invented to replace the current financial system, it is now being integrated more and more into exactly this system. You no longer have to buy coins from crypto exchanges, you can also ask the bank. There are very similar financial instruments around Bitcoins as with traditional securities.

Asset managers discuss the pros and cons of Bitcoin versus gold. Both are considered to be possibly stable if everything else collapses. Therefore, the cryptocurrency also benefits from the skepticism about the overheated financial markets.