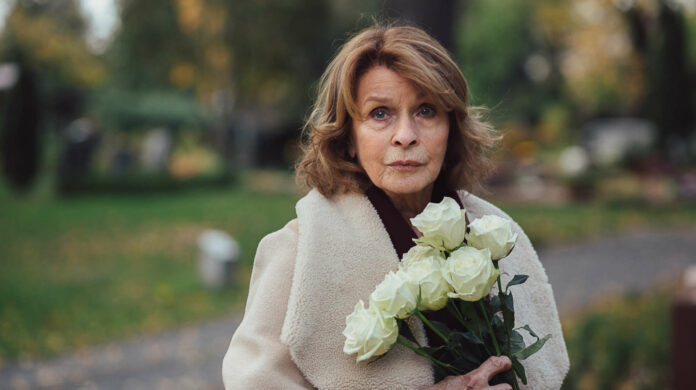 Boxing isn’t exactly the sport that actress Senta Berger is passionate about. Nevertheless, the fight in her new film “Martha and Tommy” (today, 8:15 pm, ARD) plays an important role. In it, Berger, as helpful Martha, meets the student Tommy, who earns a living for himself and his little brother with illegal cellar fights.

The film is about difficult subjects like violence and death. At the same time he is also very moving and human. How was it for you to deal with it?

SENTA BERGER: The story is told by two people who are on the run. Tommy is beaten to death on the run from his father, who took his and his little brother’s mother to death. Martha is on the run from herself and is preparing to say goodbye to life. Although both maintain their facade, one recognizes his own sadness and helplessness in the other. If you take the story seriously and tell it seriously, but not sentimentally, it is not difficult at all. Then she comes close to you.

There are some tough boxing scenes that are pretty down to the point. How did you feel about these scenes?

Yes, they are tough and they were tough to turn. Jonathan Berlin, who plays Tommy, prepared for the fights and got involved as if it were actually for his life. And that’s what it looked like. I hate boxing – difficult in a family that wakes up at 4 a.m. to see boxing matches from America or Africa. I am told that boxing is a “strategy sport”. I do not understand. So my role remains to make coffee or soup in the morning. Even though I knew the exhibition matches in our film were choreographed, my knees were shaking and I felt sick.

The central question is whether violence can solve problems. Tommy says yes, Martha says the opposite. How do you feel about it?

Who practices violence, when and why, that’s the point. If you use violence to free women and children from the violence of terrorist Islamists, this violence is inevitable and even excusable, isn’t it? If one country attacks another by force of arms, it certainly isn’t. But I think our film is about domestic violence that was done to Tommy and which he is now fighting against with violence. Tommy also defends himself against Martha’s proximity. He doesn’t want to allow any more feelings, doesn’t want to become dependent. If he smashes the piano, a gift from Martha, he is actually beating Martha. And they both know that.

The film is also about secrets that have to do with death. Martha asks in one scene: “How do you live with the dead?” What answer is there?

If the dead were close to you in life, then you continue to live with them. You are always there. The older I get, the closer I am to my childhood and with it many people who mean something to me and who still do it. I tell a lot about them and sometimes I talk to them too. Inaudible. Just for me.

Well, you can, should talk about the external circumstances. With the children, with friends. What funeral. What graveyard. A place in the sun or more in the shade … These definitions are only attempts to give death a form, to put it into words, to show humor. Talking about death only makes sense to recognize and appreciate life in its vitality. But these thoughts are not always bearable.

So what’s the point of talking about death then?

We try to encircle death with dispositions and at the same time know how infinitely pointless it is. In other cultures there is not much talk about death either, you live with the dead under one roof and decorate their skeletons with fresh flowers to tell them that you are still there in our lives.

This life is currently very limited because of the pandemic. How do you get through the corona crisis?

Better than some of my friends or colleagues. I was able to work on a movie with Florian David Fitz (“Oscar’s dress”, note) and on a TV film with Peter Simonischek (“At his side”, note) until last October. But of course the whole situation is depressing.

I’m running out of time. I can’t go to Vienna to see my Viennese family there, and I can’t go to Berlin to see my Berlin family. But I can see my sons and their sons with us in the garden, that makes me happy. And then: We have had a wonderful fourth grandson in the middle of the Corona times! He’s healthy, he’s beautiful, he laughs a lot and so do we with him.