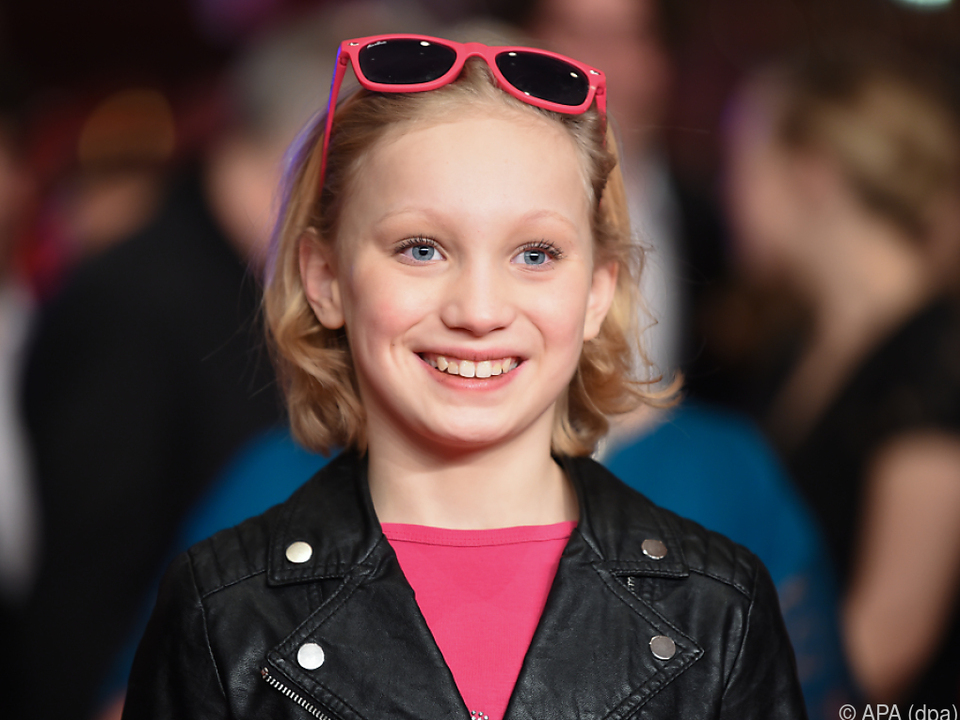 Shooting a film in Hollywood is something many hope for. If you could then stand in front of the camera with a superstar, the dream would be perfect. The Berlin student Helena Zengel did just that – and immediately even more: The twelve-year-old filmed the western “Neues aus der Welt” with two-time Oscar winner Tom Hanks and was nominated for a Golden Globe for best supporting actress on Wednesday for her performance .

Helena Zengel, who celebrated her first great success two years ago with the film “Systemsprenger”, plays the orphaned Johanna in the work. After the American Civil War, she meets Captain Jefferson Kyle Kidd (Hanks) in Texas, who travels through the country and reads the news. He takes Johanna into his care and wants to bring her to her relatives. But the way there is dangerous.

“Neues aus der Welt” was filmed in English – which was a challenge for the student. “So for the first two days, Tom helped me a lot, and so did my mom, translating things,” Zengel told the dpa. She has not yet understood technical terms. “And in general I wasn’t very good at English. But I actually learned it by constantly being confronted with English. “

Not only is Zengel’s lightning career in Hollywood remarkable, but also how she deals with success. This was already noticed in 2019 at the Berlinale, where Nora Fingscheidt’s “Systemsprenger” ran in the competition and the student in the lead role thrilled the audience. The ten-year-old at the time answered questions from the international media with confidence.

In “Systemsprenger”, Zengel embodies a rebellious and traumatized girl who is given to care facilities by her mother. Zengel plays it so authentically and intensely that word got around to Hollywood – and the British director Paul Greengrass, whose box office hits include the “Jason Bourne” films, signed her for “Neues aus der Welt”.

Zengel was also convincing here: Tom Hanks (64) raved, according to the film company Universal, that the student had “incredible expressiveness”. “Her silence, her eyes, her instincts – she may not be aware of the rules of acting, but she already knows them implicitly.” The industry journal “Hollywood Reporter” certified her an “astonishing achievement”, and the specialist journal “Variety” recently named Zengel one of ten promising young actresses whose careers should be given special attention. So now there is a Golden Globe nomination – the trophies are to be awarded in Hollywood on February 28th.

A worldwide cinema release was actually planned for “Neues aus der Welt”. But Corona made Zengel’s Hollywood debut a spanner in the works. Now the film will be shown on Netflix from Wednesday (February 10th). That it doesn’t run in cinemas, “I think it’s stupid,” said Zengel of the dpa. “It’s a shame because it’s my very first time in Hollywood and then such a big movie. And then it won’t be in the cinemas. “

Still, the time in Hollywood was an exciting experience for the twelve-year-old. Tom Hanks told her “how he lives and how he does it,” she told the dpa. “When we were eating and generally when you are out with him, you can tell that people are looking all the time.” She thinks it is sometimes not that easy to be a great actor.

“You always have to be careful what you say and do,” Zengel stated. “You have to live a little more controlled. But I think it’s still a very good life. You have a job that you love very, very much and you have everything you need. So I think it’s pretty cool to be an actress. “