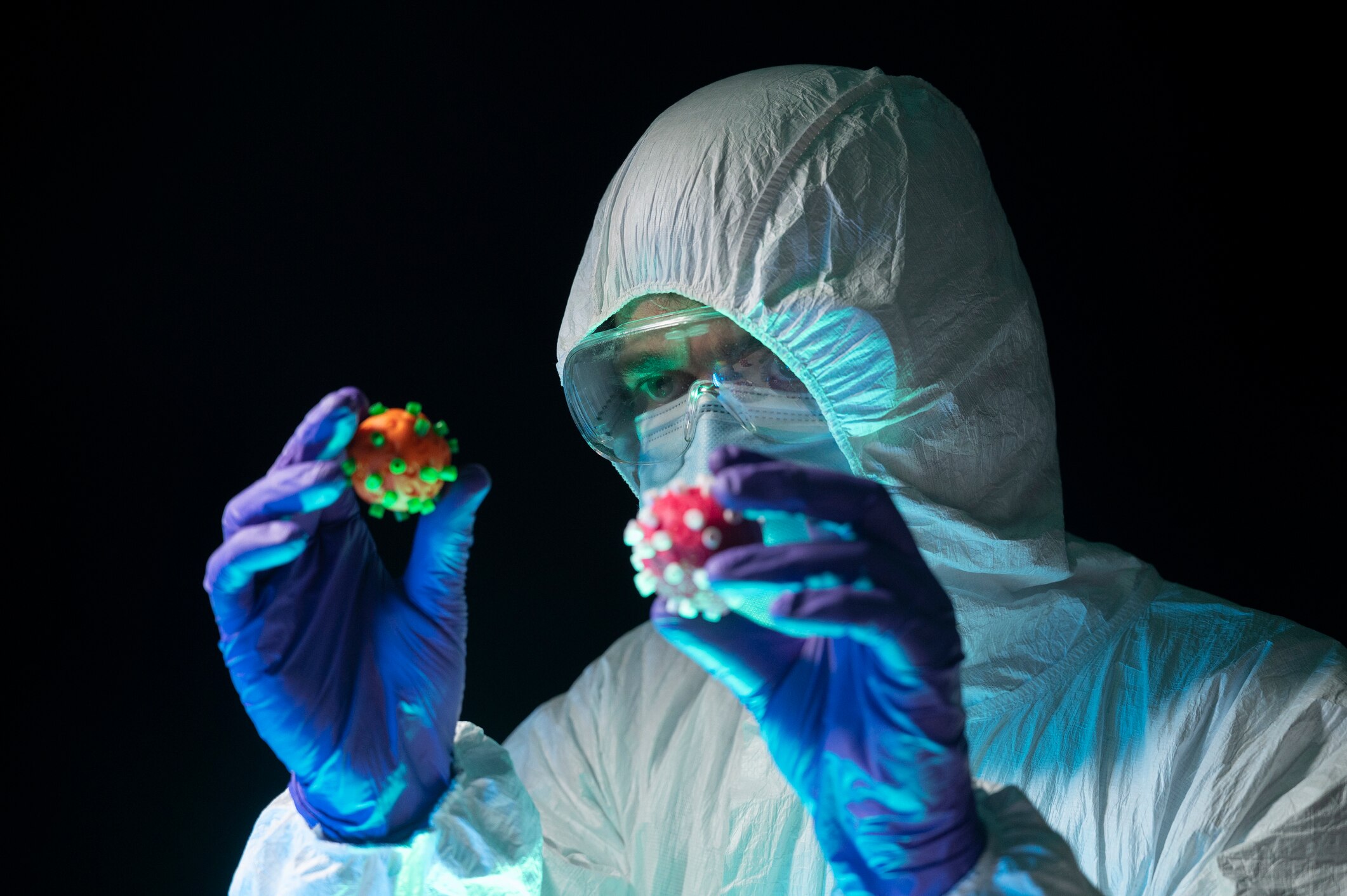 The vaccination against the coronavirus is only just getting started, and new variants are already threatening to take over the infection process. How can protection from the coronavirus work anyway? FITBOOK provides an overview of the answers to the most important questions.

The development in Germany sounds worrying: In random tests, the proportion of the more contagious British virus variant B.1.1.7 increased from just under 6 to over 22 percent within two weeks. Health Minister Jens Spahn (CDU) reckons that “the variant could soon become the dominant one for us too.” Only: What does that mean for the laborious first progress in vaccination? Do the existing corona vaccines even work against mutations? Experts give the all-clear – and give hope.

Do the current corona vaccines protect against new mutations?

It still looks pretty good. A case in Lower Saxony, for example, where several residents of a nursing home who had already been vaccinated had positive results for B.1.1.7. were tested, is “not worrying, but shows that the vaccination works,” says the Secretary General of the German Society for Immunology, Carsten Watzl. Initially, there were no difficult courses in the home. And to prevent this is the job of vaccination. “The existing vaccines have so far protected everyone from serious illness and death,” says the Giessen virologist Friedemann Weber. One can assume that with mutations the vaccination protection with regard to the symptoms will decrease somewhat and that there could be more severe courses. But: “The vaccination always protects to a certain extent.”

In general, the British variant causes “the least headache”, says Watzl, referring to relevant studies. It gets trickier with the South African mutant: study results recently cast doubts about the effectiveness of the AstraZeneca vaccine. It therefore provides only minimal protection against light and moderate diseases. But the study is relatively small, and only younger people with generally mild progressions were included, says Watzl. So there is no data for severe disease courses. The World Health Organization (WHO) recommends further use. With the vaccine from the manufacturer BioNTech / Pfizer, initial laboratory results indicate that it is also effective against key mutations of the British and South African variants.

How easily can the corona vaccine be adapted to new mutations?

Vaccines still help at least partially against emerging variants. Should they have to be adapted in the future, this could happen quickly, especially with the vaccines based on messenger RNA (mRNA) from BioNTech, Moderna or, in the future, Curevac. “You just have to change the sequence of letters in the genetic blueprint,” says Watzl. He estimates that a change in production would be feasible in around six weeks. This is consistent with the manufacturer’s information. In his opinion, the process for vector vaccines such as AstraZeneca’s could take about twice as long. AstraZeneca recently announced a new generation of vaccines for the fall, which should better protect against variants.

In addition, there is the approval. How long the approval process will take and what specific requirements will be placed on a converted vaccine are currently being discussed at EU level. According to the Paul Ehrlich Institute, which is responsible for vaccines and biomedical drugs in Germany, initial suggestions and ideas are being discussed there. According to Watzl, it would take roughly four to six months for the entire process to be used.

Also interesting: How high is the risk with corona vaccines developed so quickly?

How often does the vaccination have to be refreshed in the future?

The other unknown is whether new mutations also require new vaccines. “Coronaviruses are more sedate than other viruses,” Weber explains. However, as long as they are in circulation in large numbers, the likelihood of mutations is also higher. Overall, he could “imagine that you will have to re-vaccinate every autumn in the future”. Immunologist Watzl estimates that it “only needs to be refreshed after several years”. However, the experts agree on one point: The topic will be with us for the coming decades.

Also interesting: Corona vaccines are coming – how long do they work?

Can the body cope with several corona vaccinations in a short time?

Many people are probably not vaccinated until the summer. But what if a new mutant already needs a quick refresher in autumn? “I don’t see any problem with injecting several doses in a row,” says Watzl. The immune system can do that. The mRNA and vector vaccines do not inject a weakened virus into the body, as is the case with a yellow fever vaccination. Instead, an immune reaction against part of the coronavirus is specifically stimulated. This results in memory cells, which then provide vaccination protection, as Watzl explains.

Also interesting: when will I get my corona vaccination? Online tool calculates it

Is it possible to combine vaccines?

It is still like this in Germany: Whoever receives the first syringe with BioNTech vaccine will also receive the second from BioNTech. But theoretically it would also be possible to inject different vaccines in one order. “It works immunologically, and it is often done,” says Weber. Watzl also suspects that this is “probably not a problem”. But as long as no studies are available, one can only stay in the subjunctive. Research is therefore required before such steps are seriously considered in Germany.

Will a global vaccination program help against mutations?

Many voices criticize the global vaccine distribution and warn that this could also become a problem in this country. The argument: If the virus can develop freely in some regions of the world, more mutations will occur that will eventually arrive in Germany and affect the effectiveness of the corona vaccines. “The pandemic is not over when Germany is vaccinated, but when the whole world is vaccinated,” says Watzl. Weber also advocates a global vaccination program.

But both also make it clear: As soon as there is sufficient vaccination in Germany, there is a basic immunity in the population that makes it more difficult for new variants. “If a mutant then gets through, we are no longer so unprotected,” explains Watzl. Weber also does not expect new mutations to reset progress in fighting pandemics in Germany to zero.

How many virus variants are still possible?

Since the beginning of the pandemic, SARS-CoV-2, which is considered sluggish, has already developed several potentially more contagious and dangerous variants – although there was no herd immunity and the pressure to adapt to the virus was relatively low. So does it get more dangerous with increasing immunization? “That is difficult to predict,” says Weber. It could be that only medium or “half-baked” immunity in the population favors the emergence of new variants. Then many viruses are on the way, which makes mutations more likely. And here and there there is pressure to adapt to which the virus is responding.

When will this work with herd immunity in this country?

The most effective weapon against mutations would be the much-invoked herd immunity. You could perhaps reach them in autumn, says Weber. Until then, vaccine production will be ramped up massively. Should variants such as B.1.1.7. prevail, at least 80 percent of the population would have to be immune for herd immunity. Watzl also thinks that a largely immunized population will face the virus by autumn and that the number of infections will be depressed: “I am optimistic that we can do it.” cannot vaccinate this current second wave. “