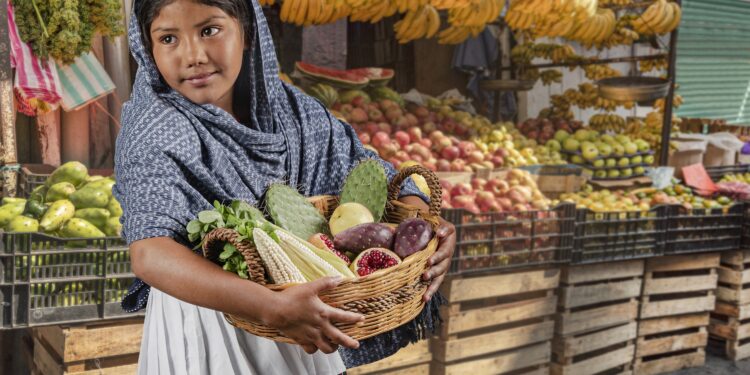 Benefits of a healthy diet

A traditional diet high in whole grains, fiber, fruits and vegetables protects against inflammation. This suggests the importance of healthy eating habits to human health, especially the immune system and protection against cardiovascular disease.

If people eat more traditionally, this is associated with the production of less inflammatory proteins, according to the result of a study with the participation of researchers from the LIMES Institute of the University of Bonn and the German Center for Neurodegenerative Diseases (DZNE). The study was published in the English-language journal “Nature Immunology”.

People in the country eat healthier

The current study examined more than 300 people in Tanzania who either lived in cities or in rural areas. It turned out that participants who lived in cities had a more activated immune system. The researchers believe that the increased activity of the immune system could contribute to the rapid rise in non-communicable diseases in urban areas in Africa.

One explanation for this seems to be the different diet. People in cities ate more of the western style. In rural areas, participants usually preferred a traditional diet.

The team found that the immune cells of the participants from the city of Moshi produced more inflammatory proteins than did the people from the country who were examined. The people examined did not suffer from any health problems and were not sick, but an activated immune system can increase the risk of lifestyle diseases such as cardiovascular diseases, the researchers report.

The study showed that metabolic products consumed in the diet have an impact on the immune system. The participating people from rural areas had higher levels of flavonoids and other anti-inflammatory substances in their blood.

What does the traditional diet in Tanzania include?

The traditional rural Tanzanian diet is typically high in whole grains, fiber, fruits and vegetables, and high in anti-inflammatory substances, the team explains.

“In people with an urban diet that contains more saturated fats and processed foods, elevated levels of metabolites that are involved in cholesterol metabolism were found,” explains Professor Dr. Mihai Netea from the LIMES Institute at the University of Bonn in a press release.

The study also found a seasonal change in immune system activity. During the dry season, which is the time of harvest in the study area, people living in cities had a less activated immune system.

It has long been known that a Western lifestyle and eating habits lead to chronic diseases. “We have shown that a traditional Tanzanian diet has a positive effect on inflammation and the function of the immune system. This is important because rapid urbanization is underway not only in Tanzania, but also in other parts of Africa, ”explains Professor Dr. Joachim Schultze from the LIMES Institute at the University of Bonn.

Since many people move from the countryside to cities, which is associated with changes in diet, a rapid increase in diseases of civilization can be observed. This places a heavy burden on local health systems and diet is an important factor in counteracting this increase, reports the research group.

The results observed in the study in Africa are also important for Western countries, as so-called urbanization took place here a long time ago. Studying populations at different stages of urbanization offers unique opportunities to improve understanding of how diet and lifestyle affect the human immune system, the experts add. (as)