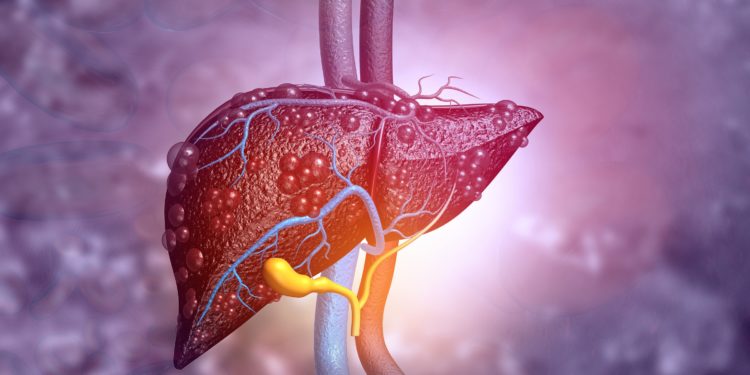 Fatty liver is the most common liver disease in Germany. Around every third adult and every third overweight child have an enlarged liver due to fat deposits – and this number is rising. Fatty liver is also the preliminary stage of fatty liver hepatitis (medical: steatohepatitis), which can lead to severe liver damage and liver cancer. A German research team has now found that if you have fatty liver inflammation, your own immune system begins to destroy the liver.

So far it has not been clear why the liver is increasingly damaged in the context of steatohepatitis, since no direct viruses, bacteria or other pathogens play a role here. Researchers at the Technical University of Munich (TUM) have now shown that auto-aggressive cells in the immune system are responsible for destroying the liver. The results were presented in the renowned journal “Nature”.

Fatty liver hepatitis can cause severe liver damage and liver cancer. The TUM working group led by Professor Percy Knolle has now found out for the first time how this damage occurs and thus lays the foundation for new forms of therapy and diagnosis.

Our own immune system, of all things, which is supposed to protect us from pathogens, is responsible for the destruction of the liver. Above all, so-called killer CD8 T cells play a decisive role here. These immune cells specifically recognize infected body cells and eliminate them. As the researchers discovered, however, the CD8 T cells have lost this ability to specifically switch off when steatohepatitis is present.

“We discovered that the immune cells in fatty liver hepatitis are not activated by certain pathogens, but by metabolic signals,” explains lead author Michael Dudek. As a result, the immune system’s killer cells indiscriminately destroy cells in the liver.

The researchers discovered a previously unknown step-by-step mechanism for activating immune cells. Using a specific sequence of inflammatory signals and products from lipid metabolism, the killer cells indiscriminately begin destroying liver tissue. “Similar to entering a security code to open a safe, the T cells are only ‘armed’ by the defined sequence of activation signals,” explains Research Director Knolle.

According to the study, everything starts with the actually harmless metabolite adenosine triphosphate (ATP). This energy carrier is the universal form of storage for chemical energy in cells. As early as 2019, researchers at the Helmholtz Zentrum München found out that fatty liver disease is associated with a disruption of energy metabolism, which leads to increased energy storage in the liver (see article: Fatty liver: New triggers and treatment options discovered).

If ATP is outside of tissue cells, the CD8 T cells react to the energy carrier and begin to destroy cells in their environment. According to the current study, this is the reason why fatty liver develops into fatty liver hepatitis.

Fatty liver hepatitis is not an autoimmune disease

The researchers point out, however, that one cannot speak of an autoimmune disease, as the mechanism discovered differs from conventional autoimmune diseases. While certain body cells are specifically attacked in autoimmune diseases, the ATP triggers an auto-aggressive state in the T cells, in which cells in the vicinity are indiscriminately destroyed.

Since the cause of fatty liver hepatitis is known, direct therapeutic countermeasures can now be considered for the first time. So far, the only treatment option has been to reduce risk factors such as obesity and a diet high in fat and sugar. “The destructive auto-aggressive form of the immune response can be clearly separated from the protective T-cell immune response against viruses and bacteria,” summarizes Knolle. He thinks it is possible to develop a therapy with which the destruction of the tissue can be prevented. (vb)

Important NOTE:
This article is for general guidance only and is not intended to be used for self-diagnosis or self-treatment. He can not substitute a visit at the doctor.