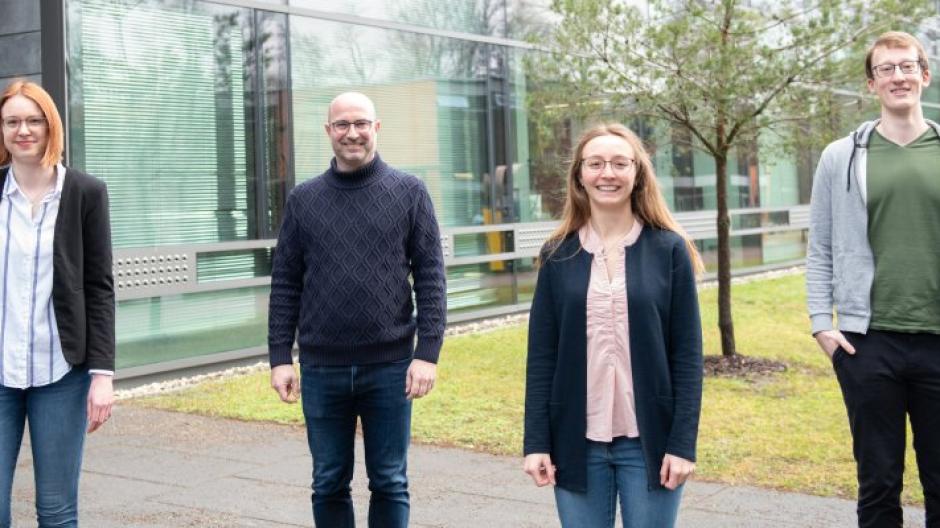 The human body apparently has tools to fight against Corona. A special protein gives researchers from Ulm hope for new drugs.

Researchers in Ulm have investigated all the antiviral proteins and peptides that humans have in store that are used in the fight against the novel Coronavirus provide helpful services. The scientists came across alpha-1 antitrypsin. This protein has an antiviral effect by inhibiting a specific cellular enzyme, which in turn is crucial for activating the viral spike protein of Sars-CoV-2. The effect: the viruses cannot penetrate the target cell and thus cannot spread any further.

The body is apparently not defenseless against Corona

The human organism is not completely defenseless against the coronaviruses. This is not only ensured by the pathogen-specific immune defense, but also by an army of endogenous proteins that stand up to the viral intruders. As researchers from Ulm have found out, this includes the protein alpha-1 antitrypsin.

The scientists from the Institute for Molecular Virology at the University Hospital Ulm have examined lung lavage fluid for the body’s own antiviral proteins. For this purpose, a so-called bronchoalveolar lavage was carried out in which body secretion or mucus is “washed out” from the alveoli for analysis and diagnostic purposes. The Ulm researchers isolated proteins and peptides from this liquid and examined whether these inhibit the infection of cells of the new virus.

The capabilities of a very special protein were discovered in Ulm

“We came across a very special protein: alpha-1-antitrypsin,” says Professor Jan Münch from the Institute for Molecular Virology at Ulm University Hospital, who coordinated the “Nature Communications” study. This is known from biology and medicine as the so-called acute phase protein. These include special proteins that appear more frequently in infections and tissue injuries. Alpha-1 antitrypsin has various anti-inflammatory properties in this context.

“But even when there is no inflammation, alpha-1-antitrypsin helps to limit immunological collateral damage in the tissue by keeping certain proteases in check,” explains Lukas Wettstein, doctoral student and first author of the study. Proteases are certain enzymes that cut proteins into peptides and their basic building blocks, the amino acids.

The spread of the infection is prevented

In summary: The research team has now been able to demonstrate experimentally that alpha-1-antitrypsin can develop an antiviral effect. To do this, the scientists added it to both human colon cancer cells and primary lung epithelial cells and then infected them with Sars-CoV-2. It was found that the protein prevents the viral infection and the spread between cells.

“Our research has shown that the body’s own protein alpha-1-antitrypsin can help the innate immune system to keep the coronaviruses in check and prevent them from multiplying,” said Carina Conzelmann and Tatjana Weil, who carried out the experiments in the high-security laboratory . The potential of the experimental findings is considerable: drugs for the treatment and prevention of Covid-19 can be converted in a short time, write the Ulm researchers. The approach is definitely promising, and the clinical trials it takes are already underway. “The body’s own proteins such as alpha-1-antitrypsin not only strengthen our innate immune system, they could also be used therapeutically in the fight against the pandemic,” the research team is convinced.

We want to know what you think: The Augsburger Allgemeine therefore works with the opinion research institute Civey. Read here what the representative surveys are all about and why you should register.