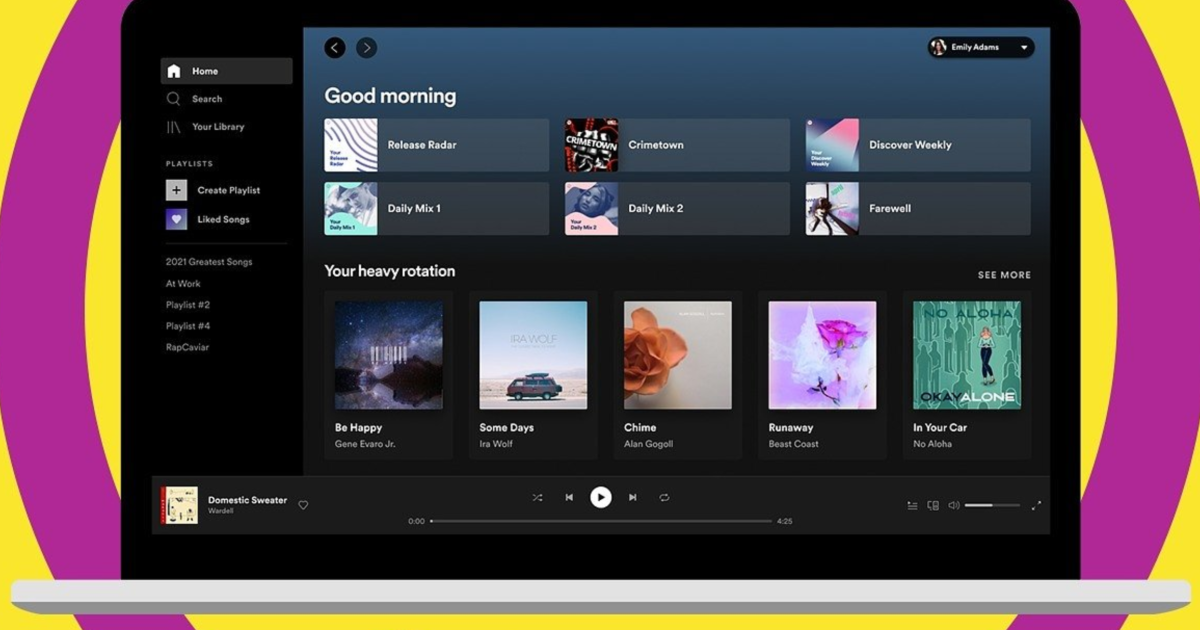 The streaming platform Spotify has announced an update for its interface.

After its mobile app, Spotify has also revised the design of its own desktop and web player. The design has been optimized on the basis of user feedback. One of the goals was to better coordinate the quite different interfaces of the different players so that users can find their way around better when switching between devices.

These are the innovations

Access to particularly popular content has been simplified; the search can now be found on the left-hand side of the navigation. In addition, it should be even easier to quickly start radio sessions based on specific artists. The management and customization of playlists has also been greatly improved, according to Spotify. In addition to descriptions, images can also be easily uploaded and additional titles can be added using drag & drop.

The function of downloading songs, albums and podcasts, which is particularly popular on mobile devices, is now also featured prominently in the desktop app. However, as before, it is only available to premium subscribers. According to Spotify, the updated design should be available to everyone over the coming weeks. Those who use advertising-based free streaming will also benefit from the new features.