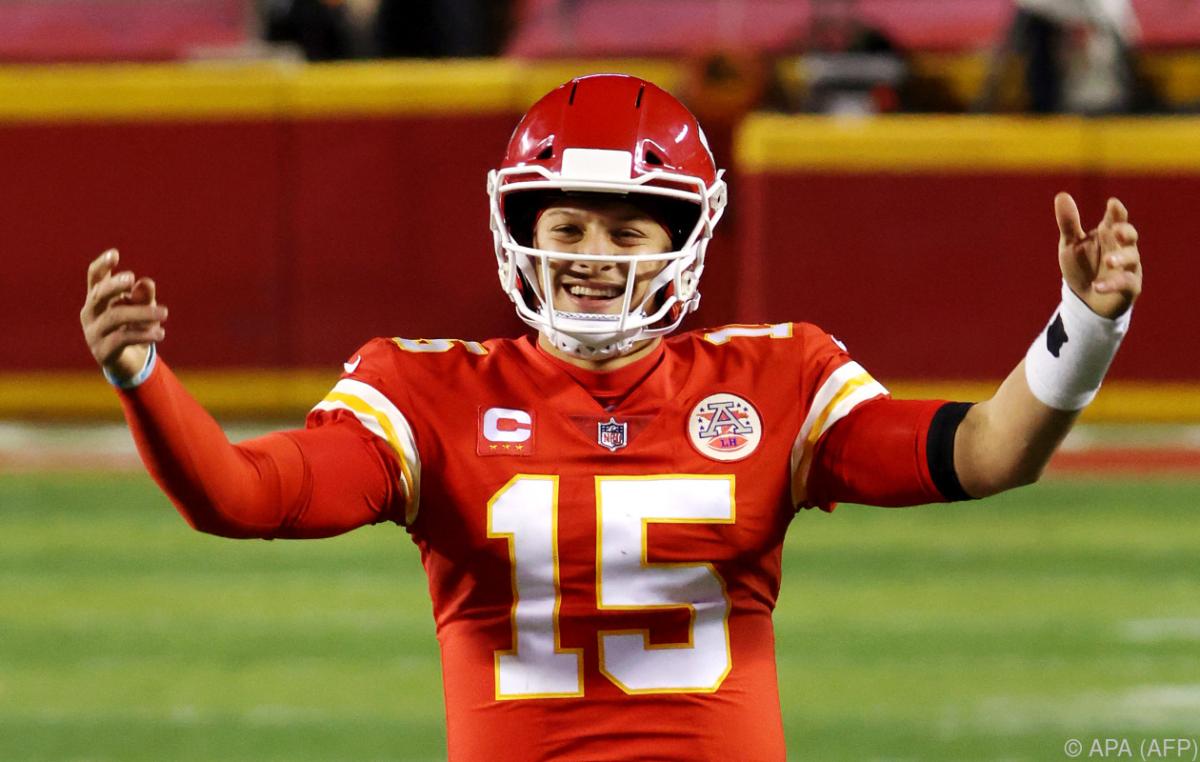 For many, it’s a kind of handover. Patrick Mahomes is considered the new face of the National Football League (NFL). It will be some time before the 25-year-old can penetrate the sphere of Tom Brady. Should Mahomes and the Kansas City Chiefs successfully defend their Super Bowl title on Sunday (Monday 0.30 a.m. CET / live PULS 4 and PULS 24) against Brady and the Tampa Bay Buccaneers, it would be a confirmation of the generational change that has begun.

The NFL’s unusual corona season ends with a showdown of two exceptional quarterbacks in Florida. Brady is in the final for the tenth time in his career, and the record man has won it six times with the New England Patriots. In year one in Tampa, the 43-year-old gets another chance. In the 55th edition, his Buccaneers are the first team in Super Bowl history to enjoy home advantage.

Kansas City is still an easy favorite. The outstanding team of the American Football Conference (AFC) lost only two games in the regular season. A successful title defense would be the first since 2005 – since Brady and the Patriots. Mahomes made it into the finals for the second time in a row as the youngest quarterback in history. “The job is not done yet,” emphasized the Texan. “When we went into the season we didn’t talk about making the Super Bowl. We talked about winning it again.”

Mahomes is an exceptional talent, he could have made a career in baseball. He has had the title of Most Valuable Player (MVP) of the NFL in his résumé since 2018, and that of Super Bowl MVP since last year’s final. Even he himself does not know whether he will play football long enough to attack Brady’s records. Mahomes will be a father for the first time in the spring, but he also draws inspiration from the long career of his rival. “If you want to do this sport for a long time, you have to take great care of your body.”

Brady the GOAT (Greatest of All Time) always has. The duel with his potential successor is hyped up to be one of the greatest quarterback showdowns in history. Brady has not presented himself in overform recently in the play-offs. Some critics argue that the Buccaneers reached the Super Bowl not because of, but in spite of him. The old master won’t care if he is only the second quarterback after Peyton Manning to win the Vince Lombardi Trophy with two different teams.

Tampa has bought a star ensemble around him – for example his long-time companion Rob Gronkowski, who has returned from retirement for Brady, the controversial Antonio Brown or running back Leonard Fournette. There were initial difficulties, but Brady reduced them to a minimum. After two thirds of the season, the Buccaneers were 7-5 wins. “We felt we had to find our rhythm,” said Brady. Since then, the Bucs have achieved seven wins in a row. The reward for all the risks Tampa has taken with the roster is the club’s second Super Bowl appearance after winning the 2003 title.

The “privateers” can rely on a strong defense. Jason Pierre-Paul and Shaquil Barrett brought down Green Bay star Aaron Rodgers five times in the conference finals alone. Some of Mahomes’ protectors in the offensive line are absent due to injuries. A recipe for success for the home team could therefore be to hunt down the star quarterback intensively – even if he is a master at escaping dangerous situations.

“Pat always delivers. Especially when his team needs him most,” warned Brady. Mahomes’ greatest offensive weapons are Receiver Tyreek Hill, nicknamed “The Cheetah”, and Tight End Travis Kelce. In addition, Andy Reid is an experienced head coach. “Just getting the chance to repeat our success is something very special,” said the 62-year-old. For his counterpart, Bruce Arians (68), it would be the first Super Bowl title as head coach.

Raymond James Stadium in Tampa will be more than a third full despite Corona restrictions. 25,000 spectators are allowed into the stadium, 7,500 of them are already corona vaccinated employees from the US health service, who have been invited by the NFL. It is still the smallest visit in Super Bowl history. The 30,000 additional cardboard displays in the stadium will not be able to hide this.

The coronavirus is shaking up some traditions. But TV consumers don’t have to do without a half-time show. The Canadian R&B star “The Weeknd” will perform them. In addition, before the start of the game, the young poet Amanda Gorman appears, who moved the nation when US President Joe Biden was inaugurated. Her poem is supposed to be about the achievements of the “essential workers” – the real heroes of the pandemic.