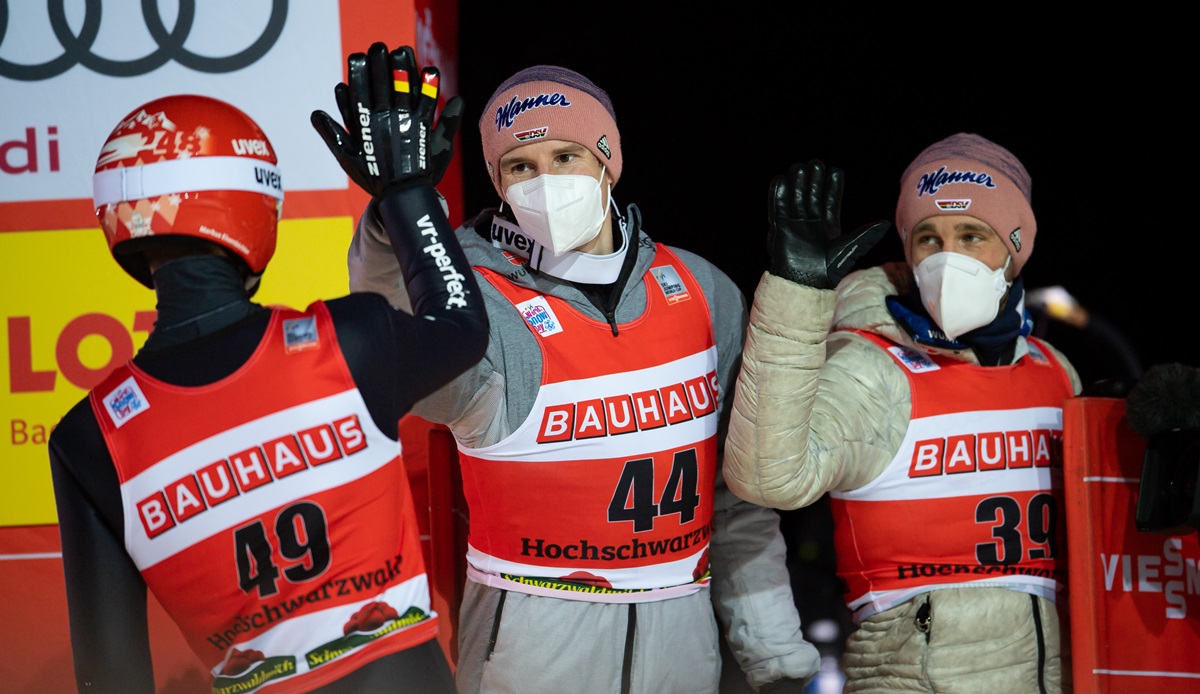 After the debacle at the team competition in Zakopane, the DSV-Adler also missed the absolute top positions in the individual. Markus Eisenbichler made it into the top 10 in eighth place.

Markus Eisenbichler waved contentedly into the camera and after the conciliatory end of a disappointing weekend tried to be optimistic.

“Even on a bad day, I’m still within striking distance,” said the world champion demonstratively positively after finishing eighth in the Polish ski jumping Mecca of Zakopane.

He had to “just work his way forward slowly, with calm and patience,” said Eisenbichler with focus. The disappointment on Saturday, when the DSV-Adler around “Eisei”, Karl Geiger, Severin Freund and Pius Paschke did not get past sixth with an enormous deficit, was still visible in the bones. “The conclusion is rather modest,” said Eisenbichler.

Geiger: “I have to let that sink in for a few days”

That also preoccupied the Oberstdorf resident, who actually wants to jump for the medals at the home World Cup on his own doorstep in five weeks. “I won’t be that smart from the weekend. It wasn’t easy, I have to let it sink in for a few days,” said the ski flying world champion: “I have reserves in the flight, that’s sloppy.”

However, the improved team performance should give a boost. Pius Paschke convinced as 13th, also ex-world champion Severin Freund in 16th place and Martin Hamann directly behind could be satisfied. “We have taken a step forward. The band has marched forward, not backward,” emphasized national coach Stefan Horngacher.

His team did not show the best jumps, “but better ones,” said the Austrian. With a view to the World Cup, Horngacher is confident, also with regard to Geiger’s capabilities. By then “Karl will be fully fit again and we will know what Karl can do”.

DSV-Adler in Zakopane: A weekend to forget

In any case, the German ski jumpers want to quickly forget the weekend in Zakopane, the focus is already fully on the upcoming competitions in Lahti, Finland. “I’m really up for Lahti, I love the hill,” said Eisenbichler with a smile.

For the Bavarian it is also about the overall World Cup, as the Norwegian dominator Halvor Egner Granerud did not get past 23rd in Zakopane. And for violinists there is also an opportunity to make amends. Because last year “Karl won there and we jumped very well,” said Horngacher.

With a view to the World Cup, there will be no break, said the national coach, only for the dress rehearsal in Rasnov, Romania will be decided individually about participation.