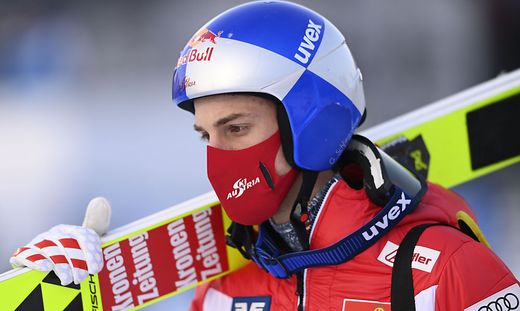 Due to a partial rupture of the anterior left cruciate ligament, the ski jumper has to end the season early.

Shortly after the nominations for the Nordic World Championships in Oberstdorf had been announced, it was not called up for the non-available Gregor Schlierenzauer the next bad news given. The 53-time World Cup record winner, who has to watch a World Cup for the second time in a row, has now also suffered a cruciate ligament injury and will not continue his season. The Tyrolean announced this on his blog.

“Somehow the worm stays in. The season that started with Covid and didn’t want to get going ends for me with a partial rupture of the anterior left cruciate ligament,” wrote Schlierenzauer. He picked up the injury last weekend at the Continental Cup in Brotterode. “I jumped very far in the trial run, no one ran out of telemarks. I had an X position when landing, it pushed me in behind, that was it.”

The now necessary break lasts six to eight weeks. “The season ended prematurely for me.” Although he could not qualify for the World Championships, he would still have liked to use the current perfect hill conditions in the area and would also have planned a Continental Cup.

“It already pissed me off, on the other side I had too Blessing in disguise. Another cruciate ligament operation really would not have been necessary. “After many setbacks, the 31-year-old is not yet thinking of an end to his career.” I will therapeutically roll up my sleeves and see that my knee can take the full load again. Everything else will work out. “For now, he has to relax and:” Keep your fingers crossed for the team and all of our athletes in Oberstdorf. “