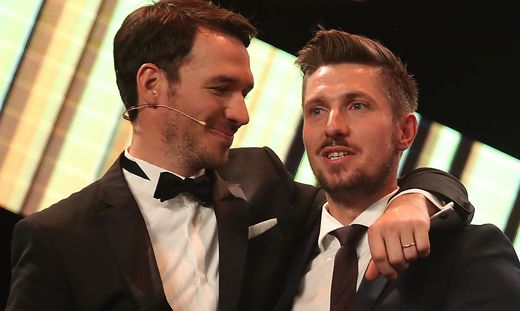 At the Wings for Life World Run on May 9, 2021, the former ski stars Marcel Hirscher and Felix Neureuther are looking for team members to collect as many kilometers as possible.

For years it was the duel par excellence on the ski slopes of the world: Marcel Hirscher versus Felix Neureuther. The two former high-quality technicians on two boards are not only linked by a long-lasting friendship, but also by a rivalry – and this will be lived out again on May 9, 2021.

The two “ski retirees” join the Wings for Life World Run with teams against each other. In this pandemic-related virtual run, tens of thousands of people around the world run on a route of their choice for the benefit of research into the cure for paraplegia. You can run along via the app and it is important to keep the so-called “catcher car” at a distance for as long as possible.

This year you can run for a good cause in both Team Hirscher and Team Neureuther. The two ex-ski stars hope to collect more kilometers than their rivals. “The Wings for Life World Run is very important because it shows what we can achieve together if we help together for a good cause,” explains Hirscher. “And it is fascinating every year when you stand at the virtual starting line yourself and know that the starting gun will be fired in a few seconds via app all over the world and that tens of thousands of people will start running at the same time.”