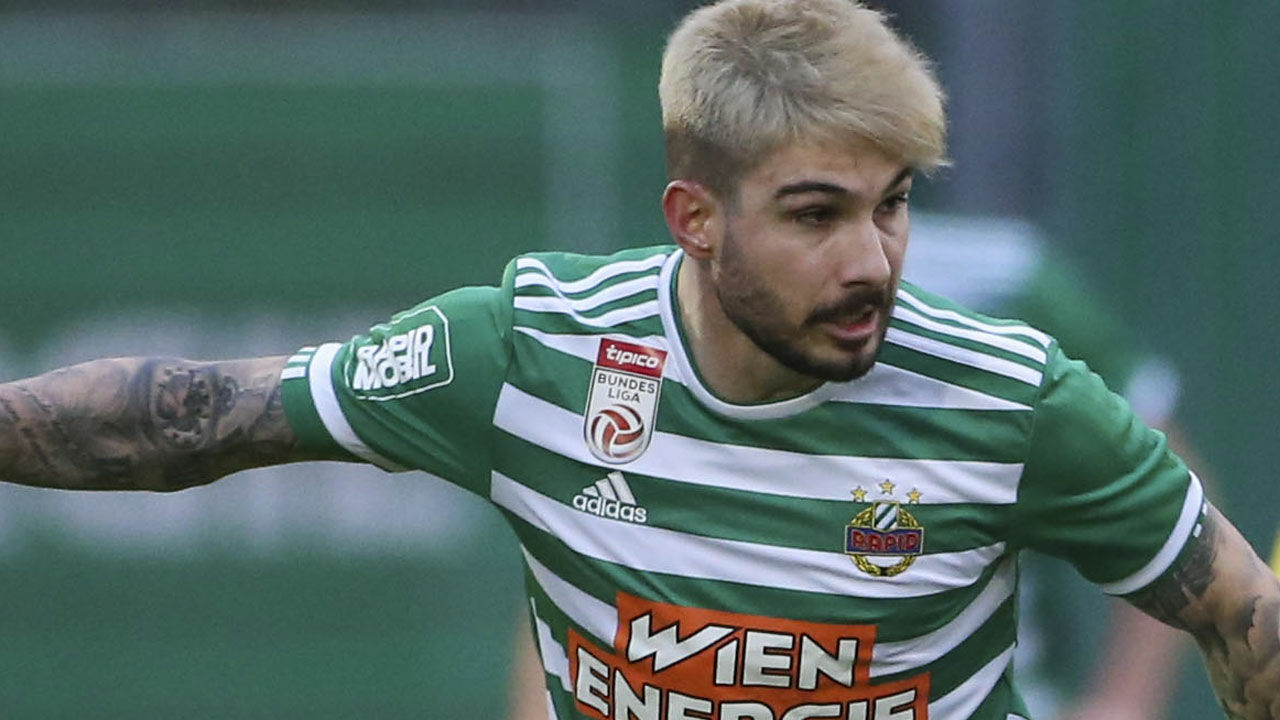 The exclusion against Taxiarchis Fountas in the 3: 1 test match victory Rapids over Admira (read HERE >>>) was puzzling. For a long time it was unclear why Gerhard Grobelnik’s Greek striker was given a red card after just 15 minutes.

The game took place in camera, the offense was only marked as “assault”. As several sources confirm to the “Kurier” and later also reported by “Sky”, Fountas made a spitting attack – a delicate offense, especially in Corona times.

The victim of the action was Admira’s 21-year-old defender Lukas Malicsek, who was hit in the face.

The Bundesliga criminal senate will impose a ban that can hardly be avoided. It can be assumed that it will not just be a game of pause for reflection.

The fact that the test match was resumed a few minutes later with eleven players on both sides after the exclusion – which both teams had agreed on – was incidentally not compliant with the rules and had consequences for Grobelnik. According to “Sky”, he was scheduled to be the fourth official for the WAC storm, but was withdrawn again.

The “sensational” Jörg Siebenhandl in the goal of SK Sturm Graz