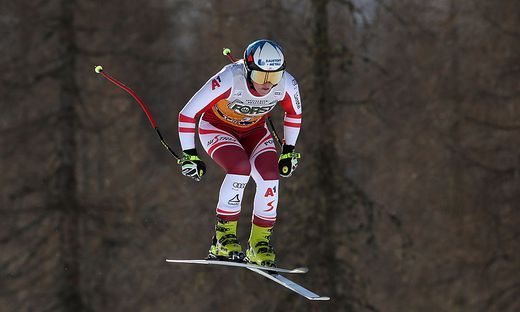 Lara Gut-Behrami won the downhill in Val di Fassa ahead of Styrian Ramona Siebenhofer. Two hundredths of a second made the difference.

Ramona Siebenhofer took the momentum after three fifth places at the Alpine Ski World Championships in Cortina in the World Cup and came second in the first of two downhill runs in Va di Fassa, the first podium of the season. The Swiss woman won the race with a lead of only 2/100 seconds Lara Gut-Behrami, who took the lead in the overall World Cup from the Slovak Petra Vlhova (9.) took over. Third day became world champion Corinne Suter from Switzerland.

“I did it very well. At the bottom I couldn’t take that much speed with me, then it’s pretty flat. But I’m happy with where the journey is going,” said Siebenhofer in an ORF TV interview. The increase in shape over the past few weeks lets her “step on the gas” again. It is the fifth podium of her career, the first after the downhill double victory in Cortina d’Ampezzo in 2019. Before that, she was third twice.

Tamara Tippler was the second best Austrian after 35 runners in twelfth place (+1.24 seconds). “You have to go down here smoothly, the overall package didn’t work out,” explained Tippler, who hasn’t really made friends with the track yet. Landed in 13th place Mirjam Puchner, on 15 Stephanie Venier.

Cornelia Hütter made her comeback after a break of almost two years due to two cruciate ligament ruptures in March 2019 and March 2020. It wasn’t enough for points, but that wasn’t important. “Really mega, I liked it so much. It was very emotional, it was a long time that I was gone. It was nice to feel such a racing feeling, it could have been a little better. But I realize that I trust I’m not yet able to run my skis properly, “admitted Hütter.

The knee was stable, which gives her confidence for the coming months. The Styrian skips the second downhill on Saturday so as not to lose her injured status, she will be at the start in the Super-G on Sunday.

In the Downhill World Cup, the injured Italian Sofia Goggia, the winner of four season downhill runs, leads with 480 points. Her pursuers Suter and the fifth of the day Breezy Johnson (USA) with 330 each and Gut-Behrami with 283 made up some ground. This is followed by a descent in Val di Fassa and one at the finals in Lenzerheide.