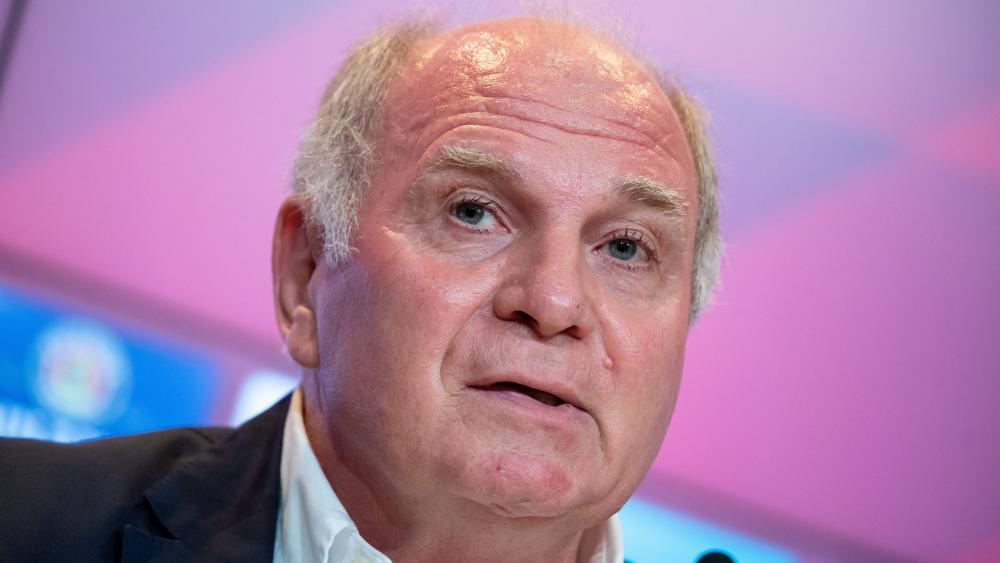 For a long time, Uli Hoeneß commented in his new role as a TV expert calmly, diplomatically – and almost too tame. But when it comes to top DFB staff, he starts to rumble.

It was only when the speech came about the leadership chaos at the DFB that the well-known attack department in Uli Hoeneß woke up. In his new role as a TV expert for the private broadcaster RTL, the long-standing patron of FC Bayern Munich scolded the head of the German Football Association for six minutes and waded away one or the other prominent protagonist with clear words. “It cannot be that what is going on at the moment will continue like this. It’s a tragedy, ”Hoeneß rumbled on Thursday evening.

The 3-0 victory of the German national soccer team against Iceland at the start of the World Cup qualification was already over half an hour’s history. The 69-year-old had almost meekly analyzed the DFB-Elf’s first appearance since the 0: 6 against Spain and praised national coach Joachim Löw. “This is exactly what I imagined. I am totally satisfied, not only in terms of the result, but also in terms of the way it is done, ”Hoeneß said.

First tame, then in attack mode

In a dark blue suit and an open white shirt collar, Hoeneß started his new role as a specialist for the broadcasting station RTL with a simple “Good evening”. As pompous and pathetic as the introduction turned out to be (“A football legend back on the big stage”), Hoeneß chatted for a long time in a relaxed and relaxed manner. He called Bayern substitute goalkeeper Nübel Andreas instead of Alexander or warned against the Icelanders, who are “very strong in terms of physical strength”. But he commented calmly, diplomatically, without frills – until the eruption before midnight.

When the keyword EM and addressed to the disagreements in the top of the association, Hoeneß’s upper body began to bob slightly and the right knee to twitch discreetly. In the background, the direction faded in the emblem of the DFB, Hoeneß didn’t change his face and continued to look serious and concentrated, he had placed his hands next to a sheet of paper on the bar table. Löw’s early announcement of his departure must also mean that the DFB “has to rethink its current management structure,” he said.

Hoeneß: There have to be changes at the DFB

Hoeneß explicitly mentioned the relationship between General Secretary Friedrich Curtius and association chief Fritz Keller. He was elected as president, in the same breath “the rest of the presidium restricted the competencies so that they can continue to muddle as they want. And that can’t be the case, ”continued Hoeneß. And so that everyone really understands it, he formulated unequivocally: “I am convinced that personal consequences have to be taken here, namely changes.”

Keller and Curtius had recently agreed, after weeks of disputes, to continue running the association together. The Wikipedia entry by Curtius caused controversy recently. It became known that the DFB had commissioned a service provider to revise or expand the entry. What he thinks of the representatives of the DFB in the international committees of the world association FIFA and the European umbrella organization UEFA, Hoeneß then also made known – by proposing Karl-Heinz Rummenigge, who is retiring as chairman of the board of FC Bayern, and the currently prevailing “power games”, ” Item haggling and expense allowances “denounced.

When the moderator Florian König said “It was fun” at midnight on the dot, Hoeneß smiled briefly and said: “Me too.”