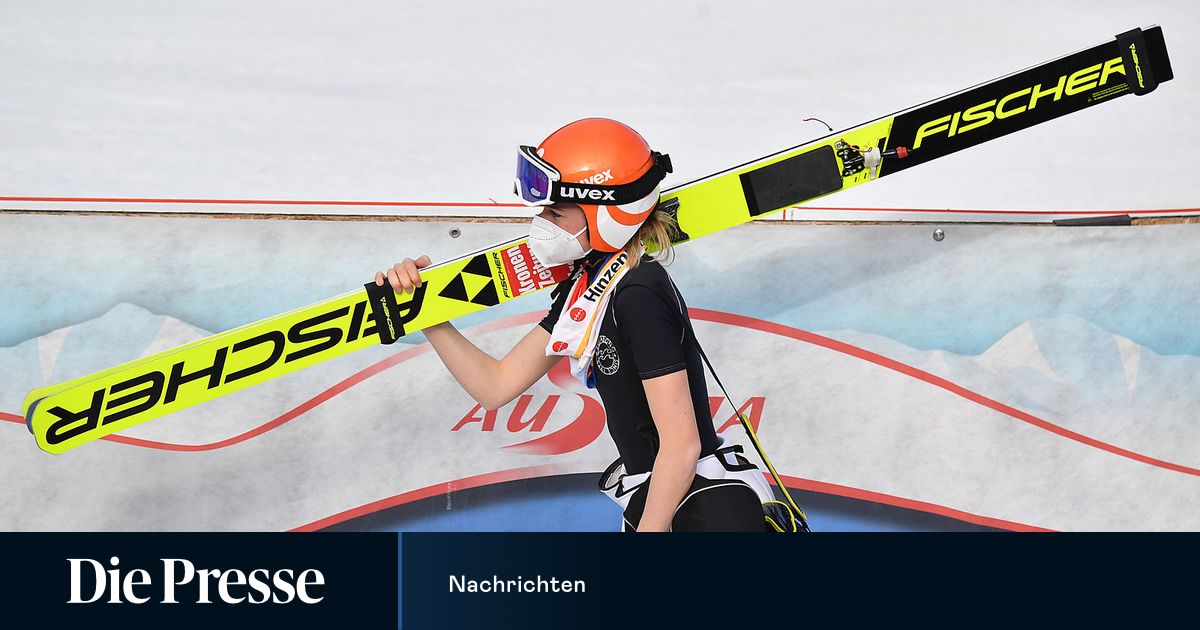 Ski jumping: Austria’s three-time ski jumping season winner Marita Kramer was also denied participation in the second Rasnov World Cup on Friday due to an unclear PCR test situation by the local health authorities. This means that your chance of winning the overall World Cup is now slim. With a nine point lead as the leader at the last World Cup station before the World Cup, she was twice without points. Your main competitors, however, are hard-working.

The Japanese Sara Takanashi celebrated her 60th World Cup victory in the second women’s ski jumping on Friday. The record winner won 6.3 points ahead of the Norwegian Silje Opseth and 10.6 points ahead of the Slovenian overall World Cup leader Nika Kriznar. As the best Austrians, Daniela Iraschko-Stolz and Eva Pinkelnig came in sixth and seventh respectively, Sophie Sorschag recommended herself as ninth for the World Cup team.

Kramer was again not allowed to participate. On Thursday, after an invalid PCR test taken before leaving for Romania, the result of a PCR test taken on site was not available in time. Ultimately, the result was positive, but then completed antigen tests as well as another PCR test yielded negative results. Nevertheless, the Romanian health authorities did not give the Salzburg woman a start.

According to ORF information, the 19-year-old even threatened a 14-day quarantine according to the legal situation in Romania. Kramer was allowed to leave Rasnov for home on Friday, until she is preparing for the title fights for the ÖSV World Cup journey planned for Monday. The 19-year-old also had no result in the second of three Hinzenbach competitions because she was disqualified at the material control. In all other six season competitions, Kramer ended up in the top four.

Ski Jump II: The Japanese Ryoyo Kobayashi took his 18th World Cup victory on Friday after his victory in Zakopane in Rasnov. The Japanese won 1.6 points ahead of Poland’s Kamil Stoch and 2.2 points ahead of German Karl Geiger and benefited from the disqualification of Halvor Egner Granerud. The Norwegian was there and would have secured the overall World Cup victory ahead of time, but couldn’t get through the material control. Manuel Fettner was eighth as the best ÖSV athlete.

The Tyrolean was completely surprisingly in front with Granerud ex aequo at halftime, but the 25-year-old did not manage the second jump as desired. Immediately behind, his team-mate Daniel Tschofenig recorded his best World Cup result by far. With David Haagen (18th) and Ulrich Wohlgenannt (22nd), two more Austrians made it into the World Cup points. In addition to Granerud, the German overall World Cup runner-up Markus Eisenbichler was disqualified.

Less than a week before the start of the World Championships in Oberstdorf, Austria’s likely World Cup team around Stefan Kraft will not be in Romania and will instead be completing a World Cup preparation camp in Planica.

Skicross: Johannes Rohrweck won the Ski Crosser World Cup on the Reiteralm on Friday. The 30-year-old prevailed against Canadian Reece Howden and French Bastien Midol in his debut success in the Grand Final. In the women’s race, the Swedish world champion Sandra Näslund won ahead of the Swiss Fanny Smith and the Canadian Courtney Hoffos. Alessandro Hämmerle won the snowboard cross competition on Thursday.

“I’ve always dreamed of that, I was on the podium a couple of times. It was unbelievable that the victory in Austria will be successful. It was a mental fight, the home race was stressful for the head,” said Rohrweck, who has already played once in his career Was second and three times third. The last victory for the men’s camp of the ÖSV was won by Thomas Zangerl in Nakiska in 2014.

Kathrin Ofner and Tatjana Meklau failed to make it into the grand finals as fourth in their semifinals. For the Styrian Meklau, the top eight at her World Cup debut were a huge success, the 21-year-old is an all-rounder and has been throwing hammer successfully for years, she has only been active in ski cross for two years. In the small final she was fourth and eighth overall, Ofner finished the home event in sixth. “That was a very cool day, I’m really happy,” said Meklau.

Also in the semifinals, Sandro Siebenhofer and Adam Kappacher missed out on the decision about the podium, who ultimately finished in seventh and eighth. For Daniel Traxler and Christina Födermayr, the quarterfinals were the end of the line, for Johannes Aujesky, Frederic Berthold, Tristan Takats and Robert Winkler in the second round.