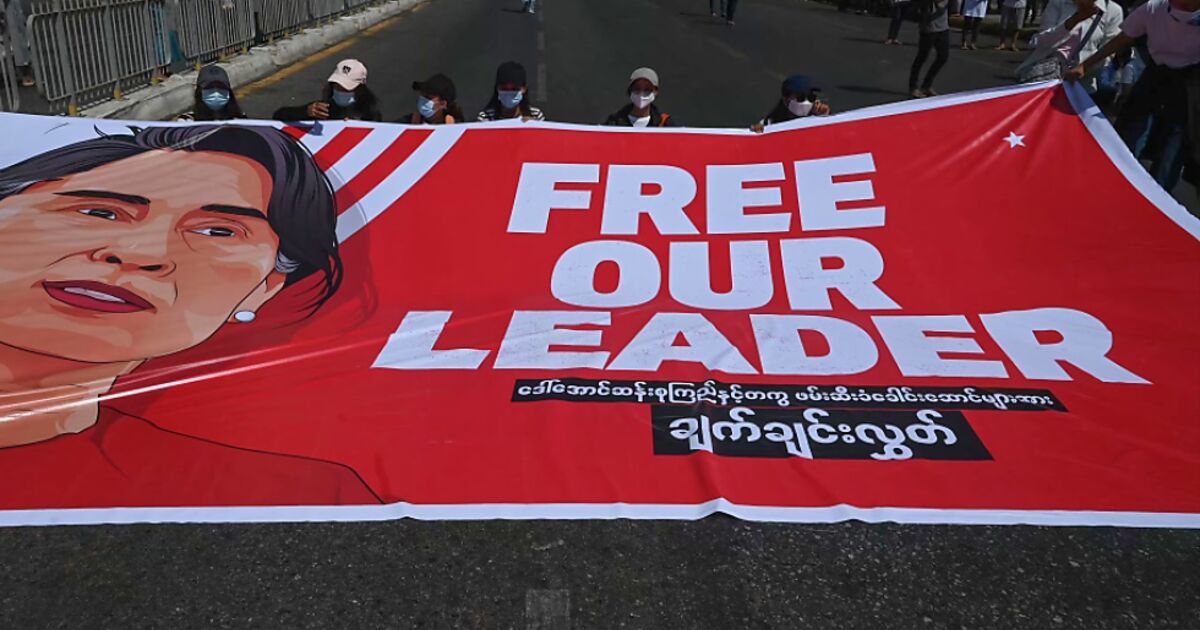 More than two weeks after the military coup in Myanmar, the protest against the overthrow of the government and the imprisonment of the de facto head of government Aung San Suu Kyi has continued. The ruling party National League for Democracy (NLD) as well as activists called for renewed large demonstrations during the day. “Let’s come together in the millions to overthrow the dictators,” wrote activist Khin Sandar on Facebook on Wednesday.

A leader of the NLD, who has not yet been arrested, said: “Let us march en masse. Let us show our strength to the coup government that has destroyed the future of the youth, the future of our country.”

The United Nations (UN) Special Rapporteur, Tom Andrews, has warned that the situation will not escalate. “I fear a further increase in violence in Myanmar, on a larger scale than we have seen since the illegal seizure of power on February 1,” Andrews said on Tuesday. He had “received information that soldiers from the surrounding regions were sent to Rangoon”. “The continued suppression of fundamental freedoms and human rights of the people in Myanmar must stop immediately,” he said. Hundreds of people have been arrested by the army since the coup, many of them in night raids. A large part of the leadership of the NLD is among those arrested.

The coup halted the democratization process that began a few years ago and brings back memories of almost half a century of military rule. After the 1962 coup, the military had ruled for 49 years. In 2011 it began to withdraw from politics, but it never gave up control of the civilian government. The general election in November was only the second free vote since the end of direct military rule in 2011.

Andrews said he had also “heard of a secret trial” that began this week against de facto Prime Minister Aung San Suu Kyi and ex-President Win Myint. The Nobel Peace Prize laureate, who is under house arrest, is now also accused of violating the “Law on the Management of Natural Disasters”, as her lawyer Khin Maung Zaw had previously announced. After her arrest, the 75-year-old was charged with violating import-export rules because radios were found in her house during a raid.