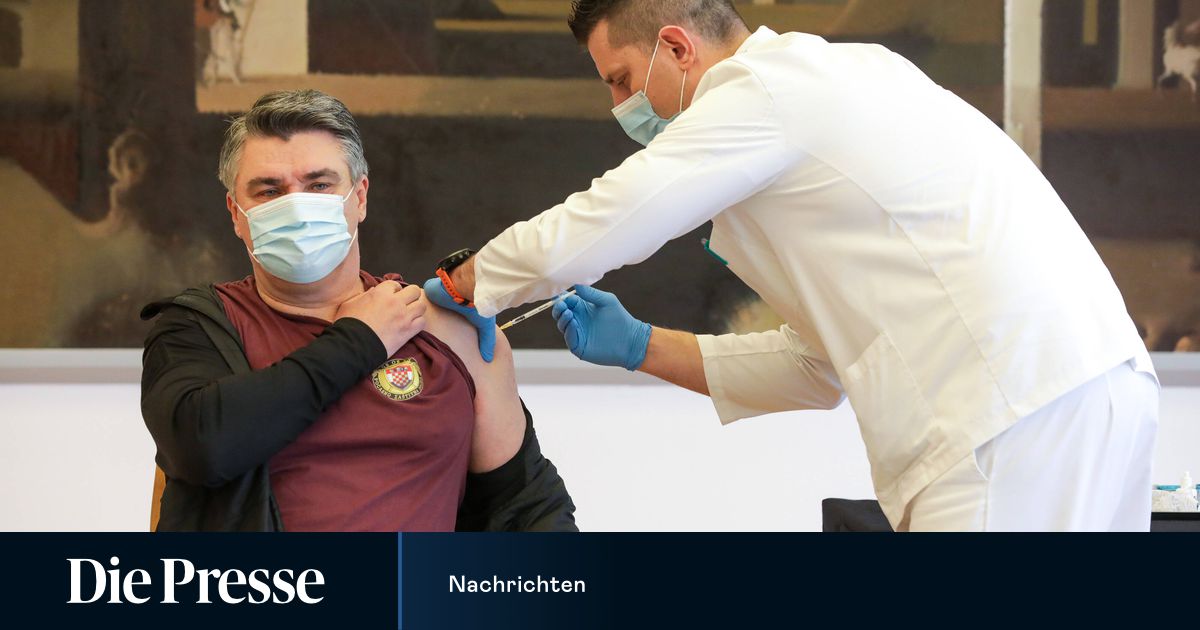 Croatian President Zoran Milanovic distances himself from the EU vaccine strategy. The Minister of Health wants to try to get the Russian vaccine Sputnik V. In Slovakia, the opposition blocked the purchase.

“I would also buy vaccines from the Chechen mafia if that were possible,” said Croatian President Zoran Milanovic on Thursday evening on the television network Nova TV. The former social democratic head of government thus distanced himself in drastic terms from the EU vaccine strategy. “When it comes to my citizens, I don’t care about Brussels.” Aside a detail: The Croatian President himself was one of the first to be vaccinated with a vaccine ordered through the EU in January.

The EU authorities have been criticized for weeks because of the slow approval and procurement of vaccines. Hungary has stocked up on the Russian vaccine Sputnik V via a national emergency approval; the authorities started the first vaccinations last week. The neighboring Croatian country of Serbia is said to have received over a million doses of the Chinese vaccine Sinopharm.

The Croatian health minister announced on Thursday that he would seek the Russian vaccine Sputnik V. To do this, the health authority would have to approve the vaccine nationally – and would therefore also bear the risk of its use.

The Slovak government under Prime Minister Igor Matovic had a similar idea. But the opposition blocked the application for an emergency license on Thursday. She wants to wait for a possible approval from the EU health authority. However, no application from the manufacturer of Sputnik V had yet been received there. It is unclear whether the production capacities are sufficient to supply the EU with the Russian vaccine.