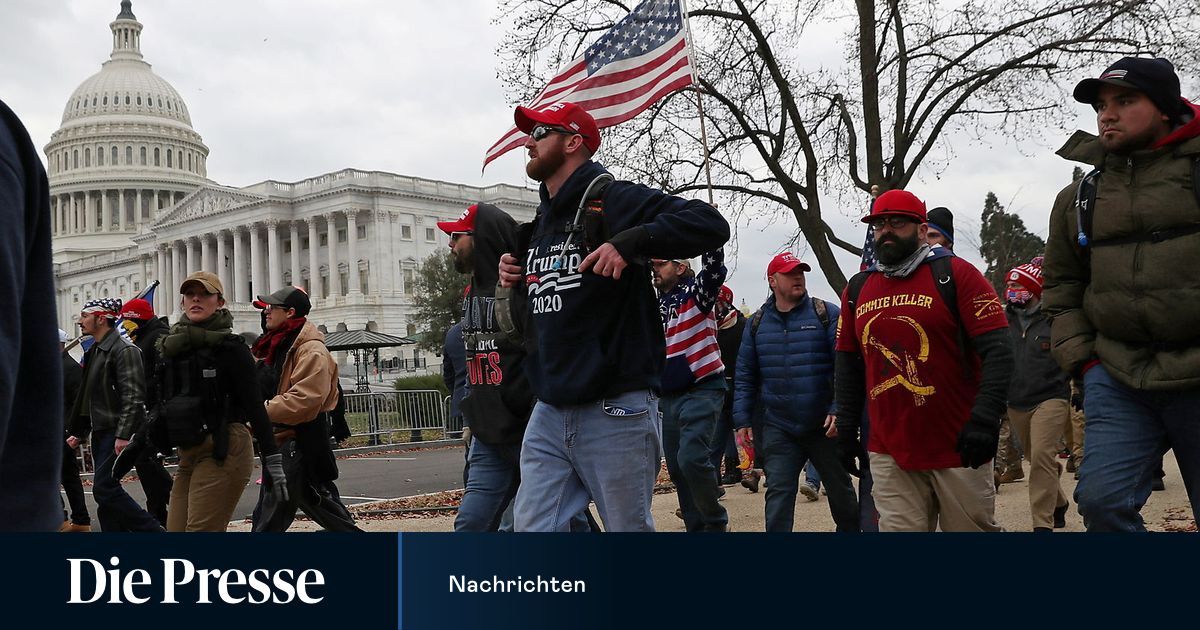 The MP accuses the ex-president of a conspiracy over the storming of the Capitol. His lawyer Rudy Giuliani and the right-wing extremist groups Proud Boys and Oath Keepers are also sued.

A US Democrat MP has sued ex-President Donald Trump for storming the Capitol under a law known as the Ku Klux Klan Act. The African American MP Bennie Thompson filed a lawsuit against Trump, his lawyer Rudy Giuliani and the right-wing groups Proud Boys and Oath Keepers on Tuesday.

Thompson accuses them of conspiring to storm the Capitol on January 6th. The aim on that day was to prevent the final confirmation of the victory of Democrat Joe Biden in the presidential election on November 3rd.

The Chairman of the House Homeland Security Committee cites the so-called Ku Klux Klan Act of 1871 in his lawsuit. The law was passed to allow presidents to crack down on racist groups such as the Ku Klux Klan, who fought against equality for blacks after the US Civil War. An article of the law prohibits conspiracies intended to prevent office holders from performing their official duties.

Thompson argues that storming the Capitol should have prevented him and the other MPs from certifying the outcome of the presidential election. The MP is demanding unspecified damages, which are also intended as punitive measures against Trump, Giuliani, the Proud Boys and the Oath Keepers.

Impeachment proceedings against Trump had already been initiated because of the attack on Congress that left five dead. In the impeachment process against the ex-president in the Senate, the two-thirds majority required for a guilty verdict was missed on Saturday.

The leader of the Republicans in the Senate, Mitch McConnell, voted like the vast majority of his party friends for an acquittal. He made Trump responsible for the attack again afterwards – and explicitly referred to the possibility of criminal and civil proceedings against the former president.

Former Trump ally McConnell, who found the ex-president himself innocent in the trial, called for a court case against his party colleague. More are likely to follow Thompson’s lawsuit.