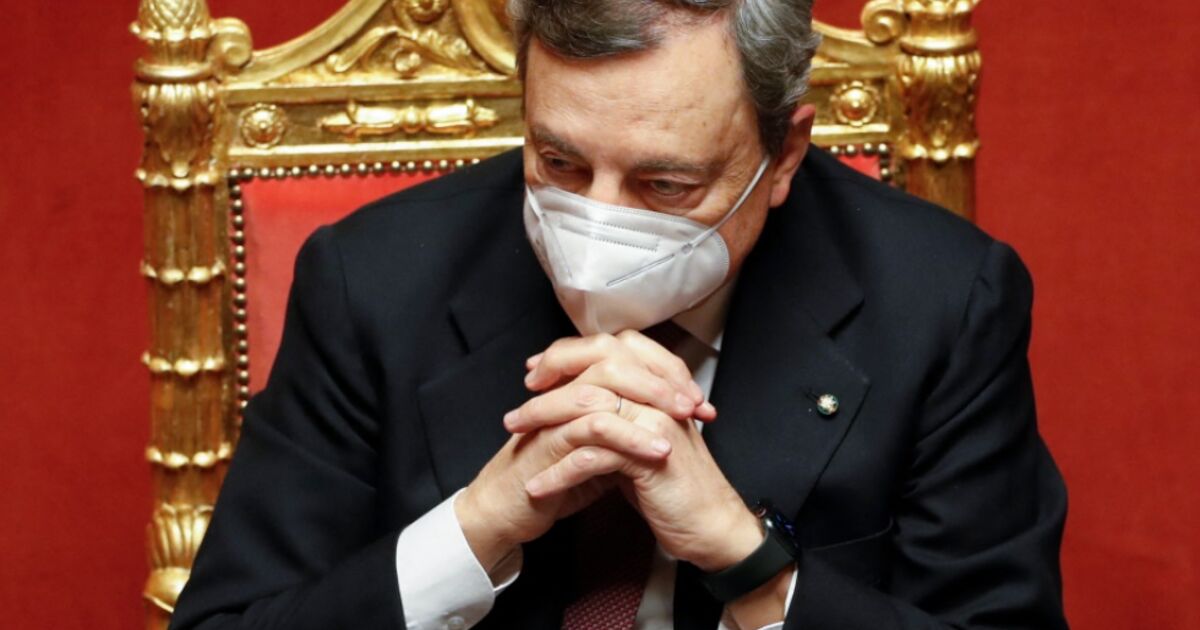 Italian Prime Minister Mario Draghi has overcome the last hurdle in parliament and can now begin his government course. The 73-year-old economist won the vote of confidence in the Chamber of Deputies on Thursday evening with 535 votes in favor and 56 against. Five MPs abstained. Since he had already passed the vote of confidence in the Senate on Wednesday, Draghi can now start his work.

His government is based on a large majority from all the strongest parties represented in parliament with the exception of the legal force “Fratelli ́d ́Italia” (FdI / Brothers of Italy). Last Saturday, head of state Sergio Mattarella swore in the native Roman and his cabinet of professional politicians and non-party experts. The Italian constitution stipulates that the government has ten days to put confidence votes in both houses of parliament.

The Five Star Movement, Italy’s strongest ruling party, was split in the vote of confidence, as in the Senate the previous day. Sixteen five-star MPs defied the party’s instructions and voted against the Draghi government, four members abstained and another 12 did not take part in the vote. Like their 15 colleagues in the Senate, they too could be expelled from the group.

The break is quite painful, because two top politicians of the movement voted against the Draghi government in the Senate, such as the president of the parliamentary anti-mafia commission, Nicola Morra, who is one of the co-founders of the “Cinque Stelle”, and the ex-minister for Southern Italy, Barbara Lezzi.

“We take on government responsibility in the interests of the Italians. The parliamentarians who have refused to trust the government are excluded,” said the interim head of the five star Vito Crimi.

Nicola Morra ruled out that the “rebels” among the five star parliamentarians could found their own faction. “I feel like I’m a member of the movement through and through,” said Morra.

Since the online consultation on the Rousseau platform, in which the party activists spoke out on Friday with 59 percent for participation in a Draghi government, the boom in the movement has been crooked. It is considered a debacle for the party leadership that the non-party expert Roberto Cingolani was appointed head of the newly established “Super Ministry for Ecological Change” with extensive powers in the energy sector. This is interpreted as a severe defeat for the environmentally-minded movement proposed by the new ministry.

Many members of the party founded as an anti-establishment movement do not find it easy to support a government under the former ECB president. The five-star hardliner Alessandro Di Battista announced his exit from the party last Friday in protest against the Draghi government. Several party colleagues share his view. The three ministers from the ranks of the conservative Forza Italia led by Silvio Berlusconi are also causing criticism in the movement.