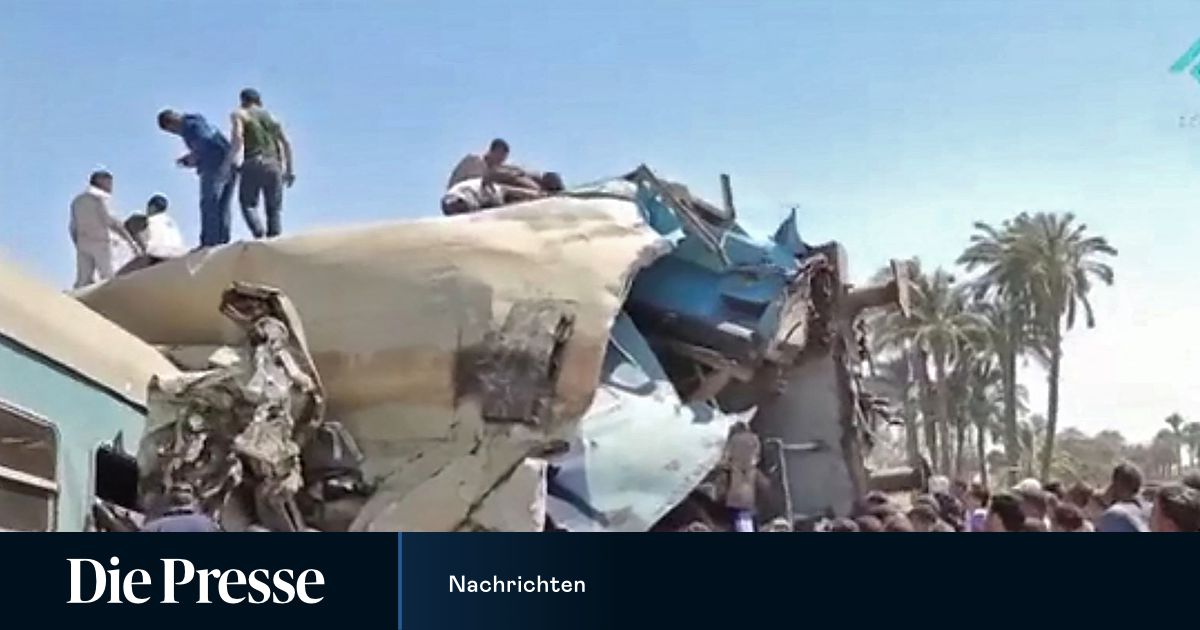 Two trains collided hundreds of kilometers south of the capital Cairo. At least 66 people were injured.

At least 32 people were killed in a collision between two trains in Egypt. The Egyptian Ministry of Health also reported 66 injuries on Friday. The victims were taken to hospitals. The two trains collided accordingly in the town of Tahta south of the city of Assiut. The place is about 375 kilometers south of Cairo.

Pictures on social media showed derailed and overturned wagons. The cause of the accident was initially unclear. According to its own information, the Ministry of Health formed a crisis team.

Serious train accidents occur time and again in Egypt. According to critics, the cause is often the poor condition of trains and tracks as well as the inadequate training of train drivers.

Not the first misfortune

Two years ago, a train crashed into a buffer at the train station in the capital, Cairo. At least 20 people were killed. The authorities accused the train driver of negligence. The man had got into an argument with the driver of a second locomotive because his train was blocked by the latter, the public prosecutor said at the time. He left his cab to complain to the other without applying the brakes.

In October 2019, at least four people were killed when a locomotive collided with a pickup truck in the city of Luxor in southern Egypt. Four more were injured. According to the railway authority, the transporter crossed the tracks at an illegal crossing and was caught by the locomotive.

In February 2002, more than 360 people were killed in the worst train accident to date in Egypt. Back then, a tea maker triggered an inferno of flames in a train with 4,000 people. Seven months later, eleven employees of the railway company were acquitted of the charge of negligence.