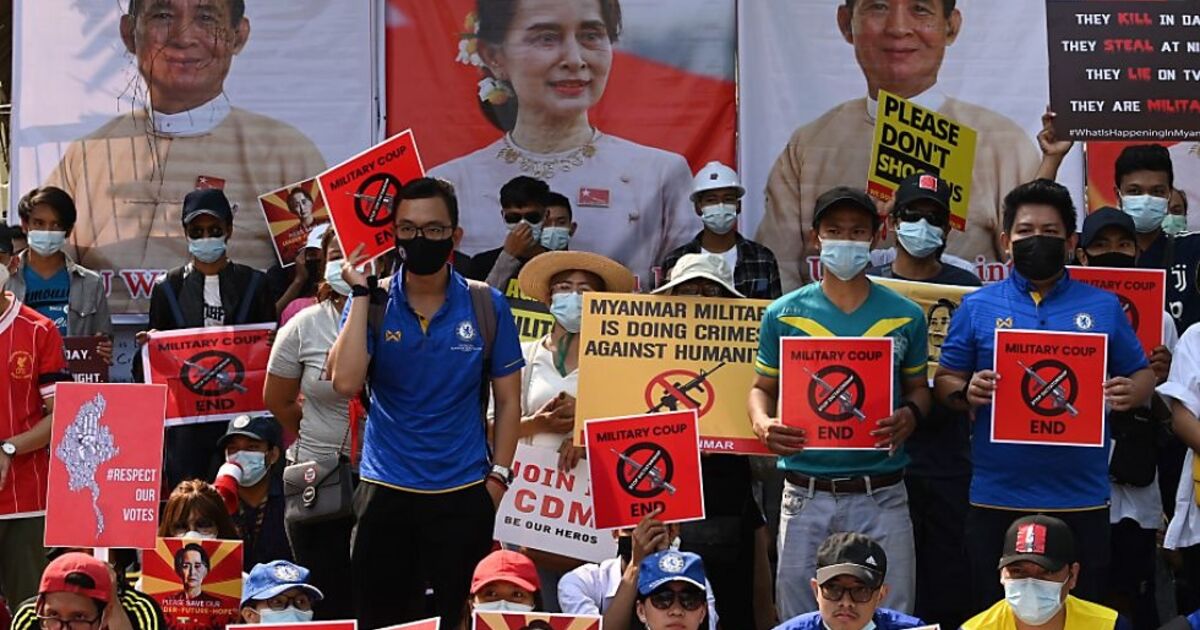 The seven leading industrialized countries (G7) have sharply criticized the actions of the military rulers in Myanmar against the democracy movement and threatened with consequences. “We condemn the intimidation and repression of those who oppose the coup,” said a joint G7 statement on Tuesday. “Anyone who violently responds to peaceful protests must be held accountable.”

“The military and the police must exercise extreme restraint and respect human rights and international law,” stressed the group’s foreign ministers in a statement published in London. The use of live ammunition against unarmed people is “unacceptable”.

The G7 are still unanimous in condemning the coup and are again demanding the immediate and unconditional release of those arbitrarily detained, such as the ousted de facto head of government Aung San Suu Kyi and President Win Myint.

The military in the Southeast Asian country couped on February 1st. On that day, the newly elected parliament in November should have met for its first session. Suu Kyi’s National League for Democracy (NDL) party won the election by a large margin, but the military does not recognize the result and speaks of fraud. There have been mass protests since the coup. According to human rights organizations, more than 680 people have been arrested since the coup.

The G7 foreign ministers stressed that they were on the side of the people of Myanmar “in their pursuit of democracy and freedom”. The systematic action against those who think differently, journalists and medical staff must be stopped immediately and the state of emergency lifted.