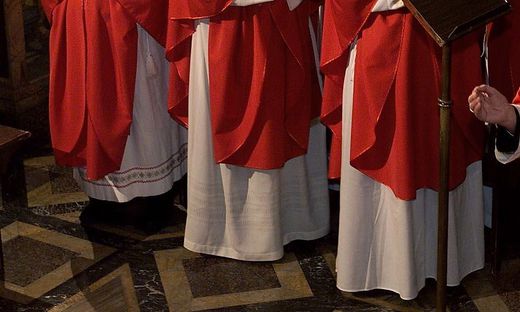 Theologian Gilles follows clergy from Langendörfer – “Important day for the Church in Germany”.

“I see this as a strong sign that the bishops are honoring their promise to promote women in leadership positions”stressed the Limburg bishop. Gilles was previously responsible for children, youth and family in his diocese. “I’m looking forward to the new job,” commented Gilles on the choice. Since this year she has also been the federal chairwoman of IN VIA Germany, the Catholic association for social work for girls and women. In addition, she sits on the broadcasting council of the German state for the Hessian dioceses.

Observers viewed the surprising election as an attempt by the German bishops to venture into an affair to cover up abuse scandals. In this regard, the Archbishop of Cologne, Rainer Maria Cardinal Woelki, was caught in the crossfire. Bätzing had also accused his colleague of wrongdoing.

At the start of the virtual general assembly of the German bishops, there were protest actions by reform initiatives all over Germany, which, among other things, called for women to have access to all church offices, an end to compulsory celibacy and double standards on the question of sexuality.

The secretary of the German Bishops’ Conference supports the bishops in their work for the Catholic Church in Germany. The tasks of the Bonn-based secretariat range from coordinating international and ecumenical cooperation to cross-diocesan observations and accompanying socio-political issues. The secretary is also the managing director of the Association of Dioceses of Germany (VDD).