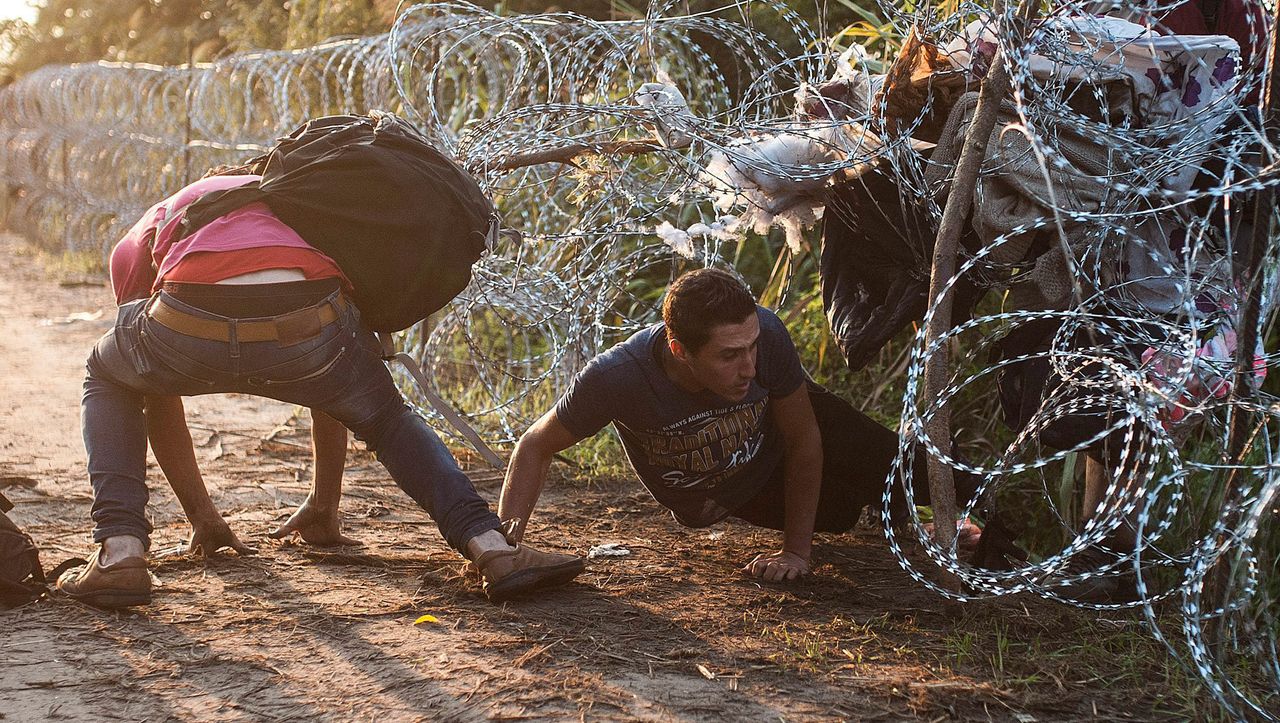 Asylum seekers arriving in Hungary are often illegally detained in so-called transit zones. Many are made back across the border without observing the applicable guarantees. With its asylum rules, the country is violating EU law. The European Court of Justice (ECJ) in Luxembourg ruled in December.

But Hungary still adheres to this practice even after a CJEU judgment. Since the judgment on December 17, the border police have forced more than 3,000 refugees and migrants across the border with Serbia without them having the opportunity to apply for asylum, said Andras Lederer from the Hungarian Helsinki Committee in Budapest on Sunday.

“The fact that the Hungarian border police continue to practice these deportations a month after the ECJ ruling is an open breach of the law,” said Lederer. “It is just monstrous that things should continue like this after the verdict.”

On December 17th, the European Court of Justice ruled that Hungary was violating European asylum law. The judges considered the deportation of irregularly entered migrants without examining the individual case to be illegal. The ECJ largely corresponded to a lawsuit brought by the EU Commission against Hungary. Since the height of the refugee crisis in 2015, the Brussels authority had repeatedly expressed doubts about the compatibility of the Hungarian asylum rules with EU law.

In the opinion of the authority responsible for compliance with EU law, there is no guarantee that return decisions in Hungary will be issued individually and that migrants will receive information on legal remedies. There is a risk that “migrants will be returned without the appropriate guarantees and in violation of the principle of non-refoulement”. The Hungarian authorities did not respect the procedures and guarantees provided.

Those seeking protection taken away under duress

Rather, the migrants are forced by police officers behind a fence on a strip of land without infrastructure, which is only a few meters away from the border with Serbia. Since those affected had no choice but to leave the Hungarian territory, this would be equivalent to deportation. Instead, according to EU law, there must be a return procedure in which certain guarantees are taken into account.

Asylum seekers can no longer apply for asylum in Hungary at the border with Serbia, but have to go to Hungary’s embassies in Belgrade or Kiev. There you can submit a declaration of intent to apply for asylum.

Hungary has been carrying out deportations since autumn 2015. At that time, the right-wing national prime minister Viktor Orbán had a metal fence built on the border with Serbia. The authorities portray them as rejections, as a result of which the border officials “escorted” “illegal migrants” to gates at certain points in the border fence so that they can leave Hungary for Serbia.