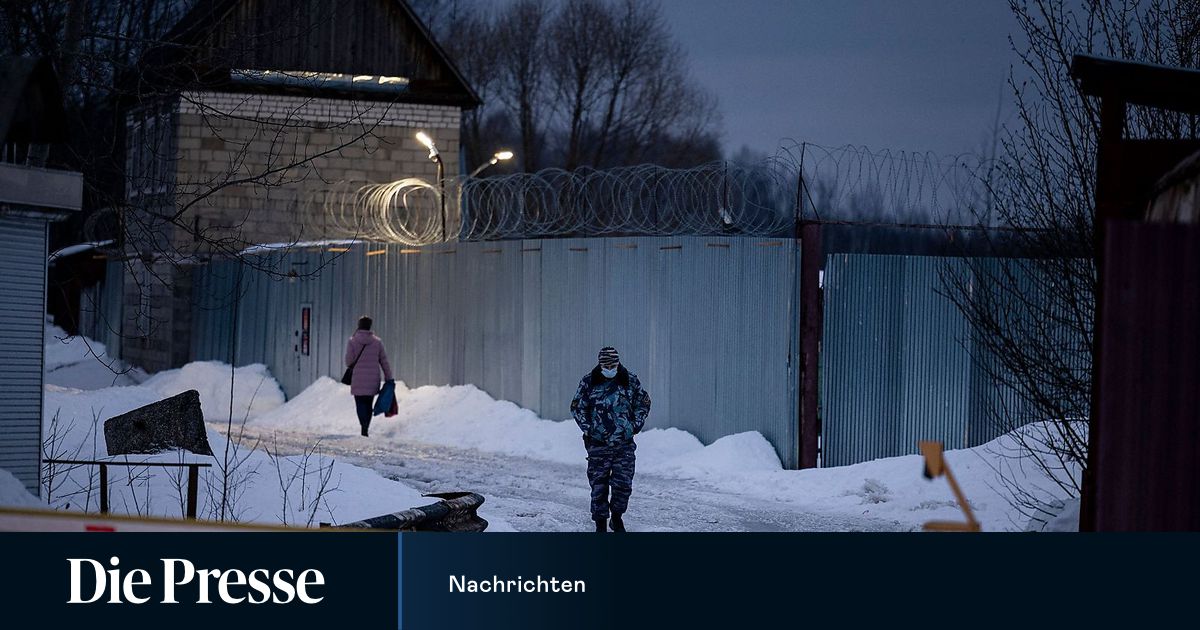 “His right leg is in terrible condition,” report the lawyers of the Kremlin critic, who is currently detained in the prison camp.

The supporters of the imprisoned Kremlin opponent Alexei Navalny have expressed concern about his deteriorating health. The 44-year-old’s lawyers described his condition as “not good” after visiting the prison camp on Thursday.

Navalny has severe back pain, said lawyer Olga Mikhailova in front of the camp in Pokrov, around 100 kilometers east of Moscow in the Vladimir region. “His right leg is in terrible condition,” she said in a video on the news channel Medusa-Live distributed via Instagram. Navalny could no longer put weight on the leg.

In the presence of her colleague Vadim Kobesv, Mikhailova demanded that the opposition member be treated properly so that he would not be dismissed as an “invalid” in the end. She criticized the fact that they could not see their client despite an appointment on Wednesday. It only worked on Thursday after a long wait. Navalny reported that he had been picked up the day before to meet with the lawyers. Then, however, he was taken to a hospital for examination.

“They did some kind of MRI,” said Mikhailova. Then he was only prescribed the pain reliever ibuprofen as a tablet and ointment, but no treatment. “What a terrible horror,” said a comment by Nawalny’s spokeswoman Kira Jarmysch on Twitter.

The Russian prison system had previously confirmed that Navalny had been investigated. “As a result of the investigation, his condition was assessed as stable and satisfactory,” it said. Navalny’s confidante Leonid Volkov spoke of a “torture camp” in which Navalny was the “personal hostage” of President Vladimir Putin.

Navalny himself had two communications published through his lawyers in which, in addition to a doctor’s visit, he also called for an end to “torture through sleep deprivation”. He had complained a few days ago that a guard woke him up every hour of the night. His wife Julia also suspected that the sleep deprivation was making her husband’s symptoms even worse.

Russia’s best-known opposition politician was treated with the neurotoxin Novitschok in Germany last August after an assassination attempt. On his return on January 17, Navalny was arrested at Moscow’s Sheremetyevo airport. Shortly thereafter, a Moscow court sentenced him to a prison camp. The reason: During his stay in Germany, he is said to have violated reporting requirements to the Russian authorities in previous criminal proceedings. The judgment has been heavily criticized internationally and classified as politically motivated.

Open letter to the head of the prison system

Against the backdrop of the poison attack, around 160 Russian human rights activists, journalists and cultural workers wrote an open letter to the head of the penal system, Alexander Kalashnikov, calling for improved prison conditions for Navalny. “When Navalny returned to Russia, the rehabilitation of his health was still ongoing.” It is obvious that he is not being properly medicated while in detention, according to the letter signed by writer Lyudmila Ulitskaya and director Vitaly Manski, among others.

The Greens MP Manuel Sarrazin said that the reports about Nawalny’s state of health filled him “with great concern”. “One can get the impression that the partial recovery after the Novichok poisoning should be revised.” The FDP foreign politician Alexander Graf Lambsdorff demanded that Germany, together with the member states of the Council of Europe, insist that Navalny be released from custody immediately.

In the meantime, more than 250,000 people have already registered on a specially created interactive map to take part in new demonstrations for the release of Nawalny. The opposition team announced two days ago that it would announce a date for further mass protests as soon as 500,000 people were ready to join them. At the beginning of the year, tens of thousands of people across Russia took part in such unauthorized actions.