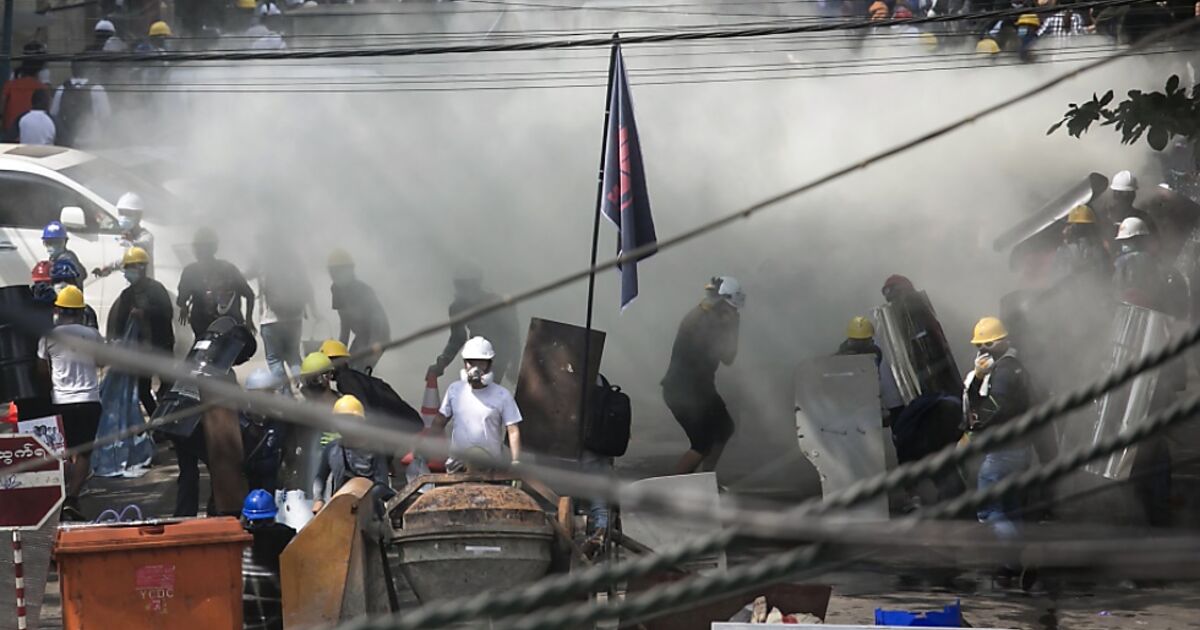 Despite the bloody actions of the forces in Myanmar, the activists have announced further demonstrations against the military regime. 38 people were killed on Wednesday. “We understand that we can be shot with live ammunition at any time. But there is no point in staying alive under the junta, so we choose this dangerous way to escape,” said activist Maung Saungkha on Thursday .

“We will fight the junta in every way we can,” he added. The protests are expected to continue on Thursday. Other pro-democracy activists reported on social media of at least two other demonstrations in Rangoon planned for Thursday.

During the escalation of police violence against the protests on Wednesday, emergency services had killed 38 people, according to the United Nations (UN). A human rights group and the media reported different numbers of wounded and killed. An aid organization said there were four children among the dead. Local media reported that hundreds of protesters were arrested.

The United Nations (UN) special envoy for Myanmar Christine Schraner Burgener said she had warned Myanmar’s deputy chief of the military Soe Win that in retaliation for the coup, the military are likely to expect tough action from some countries and isolation must. “The answer was, ‘We are used to sanctions and we survived. We have to learn to have few friends by our side,” she told reporters in New York. The UN Security Council will hold a closed session on Myanmar on Friday.

Burgener spoke of the “bloodiest” day since the protests against the military coup on February 1 began. It called for “strong” international sanctions against the junta. Britain called for a UN Security Council meeting on Myanmar to be convened on Friday.

Despite international pressure, the military rulers in Myanmar continue to use massive violence against the demonstrators to stop the protests that have been going on since the coup. The security forces shot the demonstrators with live ammunition during their operations in various cities. Myanmar has been in turmoil since the junta arrested the de facto Prime Minister Aung San Suu Kyi on February 1, ending a decade of democratization in the country.

Six journalists, including 32-year-old AP news agency photographer Thein Zaw, were charged with reporting the protests. Thein Zaw was arrested in Yangon on Saturday, according to his lawyer. The allegations against the journalists are of “creating fear, spreading false news and inciting government employees”. The junta changed the law last month, increasing the maximum sentence from two to three years in prison.

According to the Assistance Association for Political Prisoners (AAPP), more than 1,200 people have been arrested since the coup, including 34 journalists. However, the actual number of arrests could be much higher: According to state media, more than 1,300 people were said to have been taken into custody on Sunday alone. The state broadcaster MRTV announced the release of 511 prisoners on Tuesday.