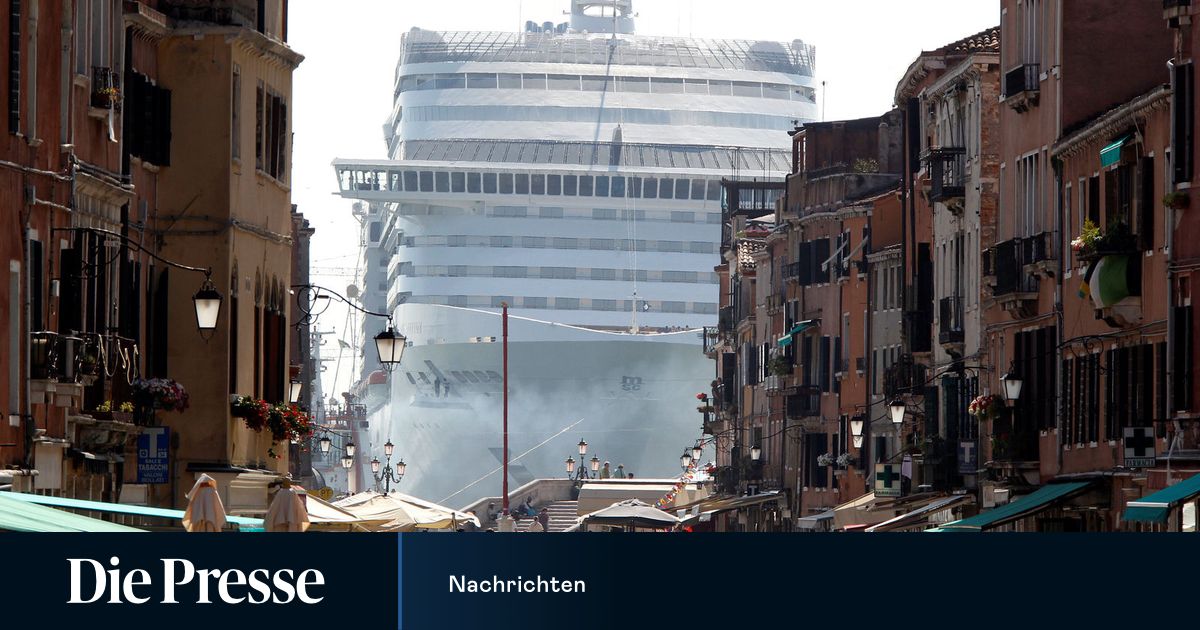 In the future, the mega-ships are to anchor in the industrial port of the northern Italian city. And this is also only a “temporary solution”

Cruise ships in Venice are no longer allowed to moor near St. Mark’s Square in the future. According to the government, they will have to anchor in the industrial port of the northern Italian city in the future. With this decision, “a cultural and historical heritage is to be protected that belongs not only to Italy, but to the whole world,” said a joint declaration by the Ministries for Culture, Tourism, Environment and Infrastructure on Thursday.

The ministries explained that the industrial port was a “temporary” solution. They called for proposals for a “definitive solution to the problem with shipping in.” VeniceA new ship terminal should be created outside the lagoon of the historic city.

Before the corona pandemic, millions of visitors flocked to the lagoon city every year on the cruise ships. Waves caused by the huge ships damage the foundations of the lagoon city, which is a World Heritage Site Venice and threaten the delicate ecological balance in the lagoon. The ships moving extremely close to the coast also pose a threat to other ships. Other cruise destinations also suffer from the consequences of mass cruise tourism.