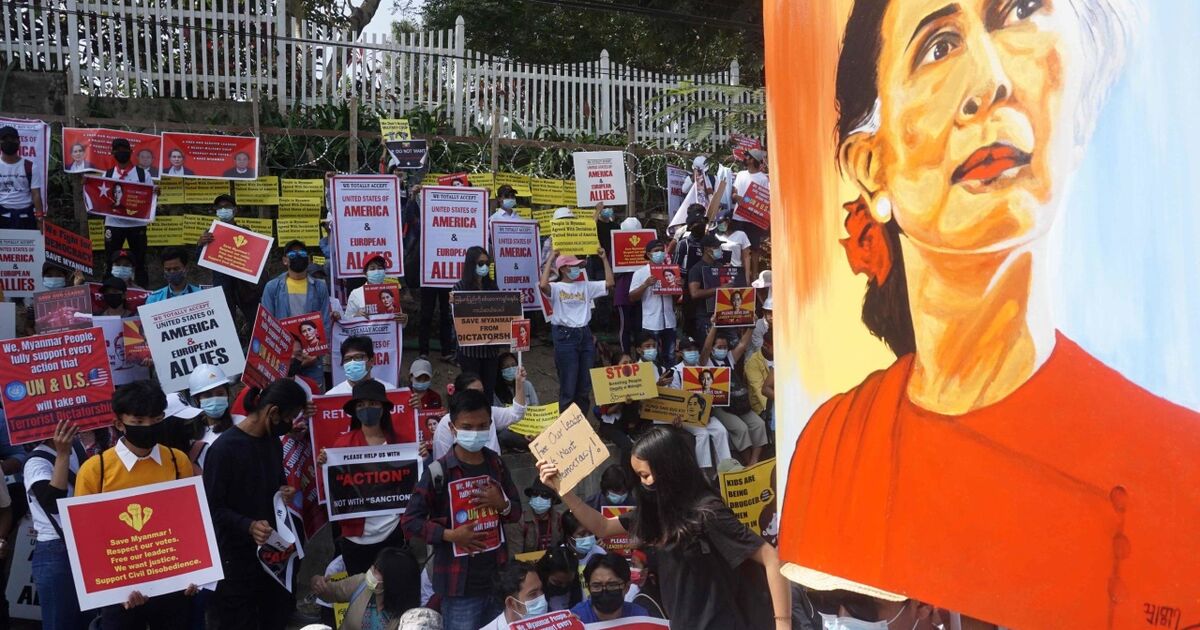 Myanmar’s military wants to lock up the deposed head of government. But the mass protests continue – despite violence.

Aung San Suu Kyi continues to play a key role in the struggle for power in Myanmar. The military put the 75-year-old from the top of the government in early February and placed her under house arrest. Now she should go to court. The allegation that she illegally imported a handful of radios has been known for two weeks. They face up to three years imprisonment for this. The first court hearing is to take place on Wednesday – and Suu Kyi will be switched on via video.

It has now been announced that a second lawsuit has been filed. The news organization “Mizzima News” quoted Suu Kyi’s lawyer Khin Maung Zaw as saying that it was about alleged violations of the corona measures. His client had a video call with the responsible judge on Tuesday, said her defense attorney, who said he was not allowed to be present during the conversation.

The mass protests after the coup show how strong the popular support is from Suu Kyi and her colleagues from the former ruling party NLD, which received over 80 percent of the vote in the November elections. They have been going on for days, although the security forces are reacting with increasing violence. Hundreds of thousands again took to the streets on Tuesday to demand the release of political prisoners and the reinstatement of the civilian government. Protesters blocked the rail link between Myanmar’s largest city, Yangon, and Mawlamyine, among other things. In addition to peaceful street protests, the demonstrators are counting on boycotts of companies run by the army. Because too many citizens wanted to withdraw their money, a military bank had to close at noon on Tuesday. It was said that money would not be spent again until Wednesday.

The army presence has increased noticeably since the weekend. Tanks came up, and reports of shots being fired at protesters increased. In the past few nights, the Internet was always blocked. It is the time when most of the arrests are carried out. Some of the most prominent activists are wanted. In total, more than 400 people are said to be behind bars because of the protests. And thanks to the latest regulations, the new rulers, who reaffirmed on Tuesday that they would hold elections, can now carry out raids without a court order. So far, this has not broken the resistance of Suu Kyi’s supporters.